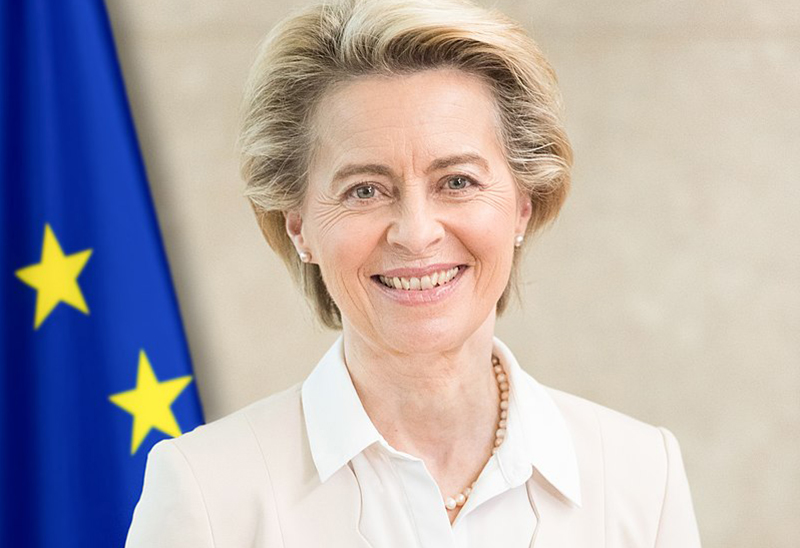 EU moves to cut peak electricity use by 5pc

Strasbourg: EU chief Ursula von der Leyen has called for cuts to electricity use across the bloc and windfall taxes on energy firms to tackle high prices.

She told the European Parliament that gas and electricity prices have hit all-time highs after Russia's invasion of Ukraine.

She called for electricity consumption to be cut at peak hours by at least 5 per cent.

But plans for a cap on the price of natural gas, a key Russian export to the EU, were put on hold, the BBC said.

The plan outlined in Strasbourg targets "excess revenues" with proposals to skim the profits of low-carbon electricity producers and implement a de facto windfall tax on the oil, gas and coal sectors.

The money raised, estimated to be 140 billion euros, would go to families and businesses across the EU's 27 states, the BBC reported.

The EU's member states will pore over the proposals with hopes of an agreement by the end of September.

Zelensky's wife Olena was in the parliament as guest of honour to hear the speech.

von der Leyen said that "making ends meet" was "becoming a source of anxiety for millions of businesses and households".

"In these times it is wrong to receive extraordinary record revenues and profits benefiting from war and on the back of our consumers," she argued.

Before the invasion, Russia accounted for 40 per cent of the EU's imported gas. That figure has since fallen to below 10 per cent.

This summer, European gas prices were about 10 times higher than their average level over the past decade, the BBC reported.

A portion of the gas is also burnt to generate electricity, meaning that high gas prices push up power bills too.

von der Leyen said EU states had managed to stockpile gas reserves for the winter to 84 per cent of capacity, well ahead of an October deadline.

She named the US, Norway and Algeria as "reliable" gas suppliers.

She also announced plans to set up a European hydrogen bank to promote investment of up to 3 billion euros in that fuel as a green alternative to fossil fuels.