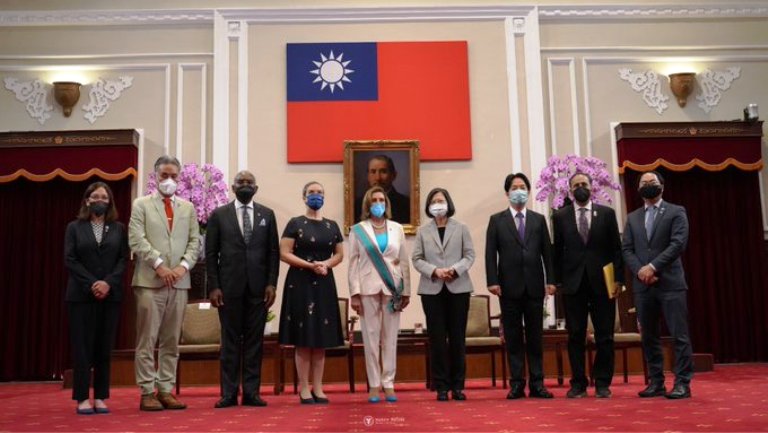 China calls on US to stop official contact with Taiwan

Bejing/UNI: China is demanding that the United States stop any official contact with Taiwan, as well as negotiations on official trade and economic agreements, and is ready to take decisive measures to protect its sovereignty, Chinese Foreign Ministry spokesman Wang Wenbin said on Thursday.

On Wednesday, the office of the US Trade Representative announced that the US and Taiwanese parties agreed to begin trade negotiations in the fall as part of the US-Taiwan Initiative on 21st-Century Trade, which was first presented in early June.

According to US Deputy Trade Representative Sarah Bianchi, the talks will deepen US-Taiwan's "trade and investment relationship, advance mutual trade priorities based on shared values, and promote innovation and inclusive economic growth."

"China always opposes other countries negotiating and signing any trade and economic agreements of a sovereign and official nature with Taiwan. We demand that the US strictly comply with the one-China principle and the provisions of the three China-US joint communiques, stop any form of official contacts with Taiwan and refrain from negotiating and signing official agreements with Taipei," Wang told a briefing, adding that China would take decisive measures to protect its sovereignty and territorial integrity.

Wang claimed Taiwan is an integral part of China, and Taipei's observance of the "one-China principle" is a precondition for its participation in any foreign economic cooperation.

"The US should not send erroneous signals to Taiwan's separatist forces under the pretext of developing trade," the diplomat added.

The visit of US House Speaker Nancy Pelosi to Taiwan in early August triggered a new round of tensions in the Taiwan Strait and in the region.

Since then, Beijing has conducted multiple large-scale military exercises in the vicinity of the island, which included live-fire drills and military aircraft overflights close to Taiwan's airspace.