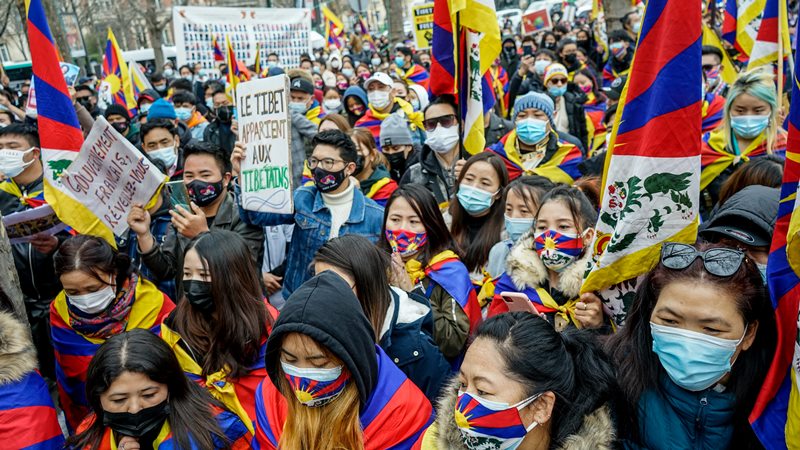 France: Protest held in Paris over killing of Tibetan national by Chinese men

Paris: Members of the Tibetan community gathered in Paris and paid tribute to a Tibet national who was recently killed by three men from the Chinese community on July 11 in Normandy.

The Tibetan national, named Tsultrim Nomjour Tsang, 32 received a fatal stab wound to the side in front of the restaurant Les Delices d’Asie, which had been employing him for a week in Saint-Leonoard, near Fecamp, local media reported, adding that the attackers were the two managers of the establishment and an employee who were indicted for intentional homicide and imprisoned, within the framework of the investigation opened by the prosecutor of Le Havre, reports ANI.

Tibetans from all over Europe, which included nations like Belgium, Switzerland, and Spain had assembled in Paris on Sunday.

“We had never experienced anything like it, it’s really a shock,” the representative of the Dalai Lama in Europe, Monde Rigzin Genkhang, told ANI.

Hundreds of Tibetans, who had made the trip from Paris, Rennes, Nantes, Marseille, or Toulouse, visited the scene on July 14, Thursday to pay the first tribute but when they learned that the body of their compatriot had been placed in a plastic bag near the garbage room by the attackers and discovered traces of blood present on the ground, the protestors started to ransack the restaurant.