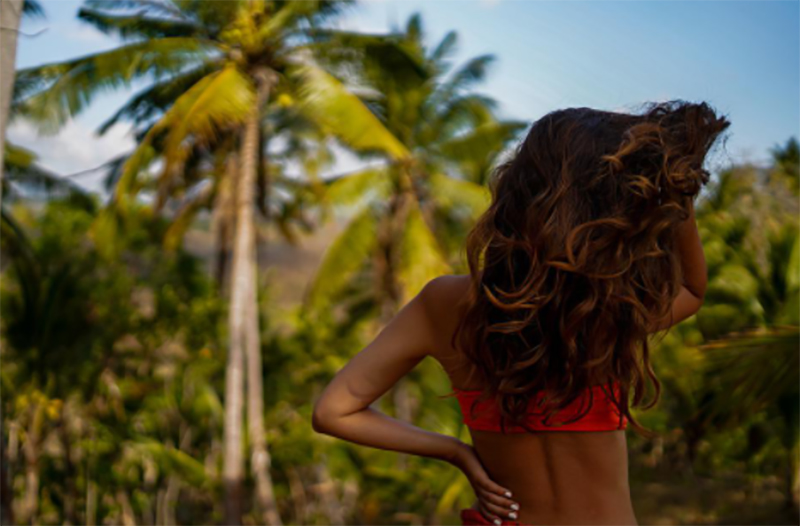 Bali authorities have decided to deport a Russian social media influencer after her act of posing naked for a photo shoot on a sacred tree in violation of local culture, media reports said on Saturday.

Alina Fazleeva, who is followed by a significant number of people on Instagram, did naked yoga poses on a centuries-old weeping paperbark tree inside Babakan temple grounds in Tabanan regency in 2019.

The picture, which was taken by her husband Andrey Fazleev, was uploaded to Instagram and went viral, irking Balinese communities, reports Mail Online.

Police declined to charge her with a crime but turned her case over to immigration officers who took a dim view of someone Buddhist-Hindu devotees have branded a 'trashy tourist', the newspaper reported.

Fazleeva boasted on social media about her nude photoshoot, saying she 'heard her ancestors' voices' while she was hugging the bark and being 'part of an endless chain'.

Locals recently complained about her to the police.

As police investigated the incident, Fazleeva went to the station 'to cooperate'  - after first returning to the tree to 'ask its forgiveness', reports Mail Online.

"Both of them are proven to have carried out activities that endanger public order and do not respect the local norms," Bali immigration chief Jamaruli Manihuruk told reporters Friday as quoted by Mail Online.

"So, they will be sanctioned with deportation," Jamaruli Manihuruk said.

The husband and wife will be banned from Indonesia for at least six months, and also had to participate in a cleansing ceremony at the sacred area in accordance with local belief, he added.