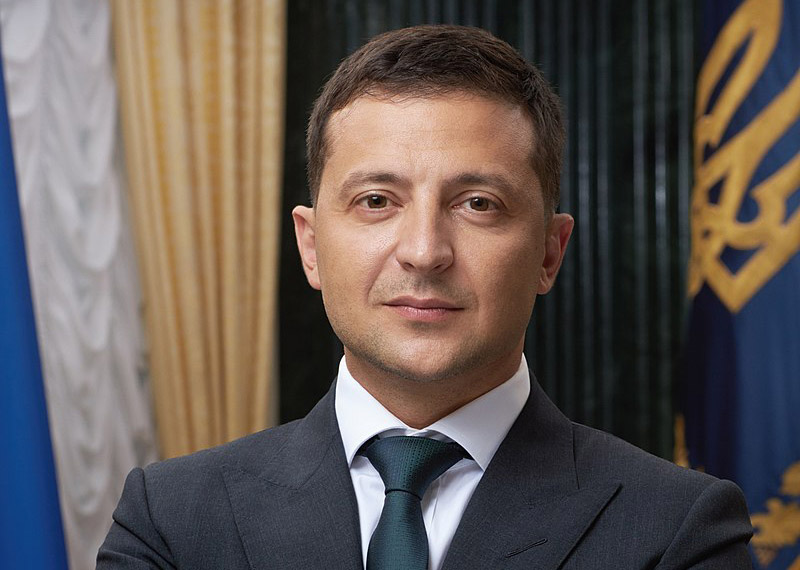 Kiev/UNI/Sputnik: Ukrainian President Volodymyr Zelenskyy said on Sunday that he had discussed the current security situation in Donbas with his French counterpart, Emmanuel Macron, and told him that Kiev stands for intensifying the peace process.

"Continuing yesterday's conversation, informed @EmmanuelMacron about the current security situation and new provocative shelling. We stand for intensifying the peace process. We support the immediate convening of the TCG [Trilateral Contact Group] and the immediate introduction of a regime of silence," Zelenskyy wrote on Twitter.

On Friday, the authorities of the self-proclaimed Luhansk and Donetsk People's republics started the evacuation of civilians to Russia, fearing military aggression by the Ukrainian government.

DPR head Denis Pushilin expects Zelenskyy to order for an offensive against the self-proclaimed republics in the near future.

On Saturday morning, the leaders of the DPR and LPR signed decrees on general mobilization in the republics. In the past few months, the West and Ukraine have accused Russia of amassing troops near the Ukrainian border in alleged preparation for invasion.

Russia has insisted that it has no intention of invading Ukraine, while stressing that it has the right to move its forces within its own territory.

Russia has also expressed concerns over NATO military activity near its borders and ongoing military support of Ukraine, including an increase in the number of Western instructors in the breakaway Donbas region.

Russian Foreign Minister Sergey Lavrov said that Moscow is not excluding that the "hysteria" around Ukraine fueled by the West is aimed at concealing Kiev's plans to sabotage the Minsk Agreements on Donbas.