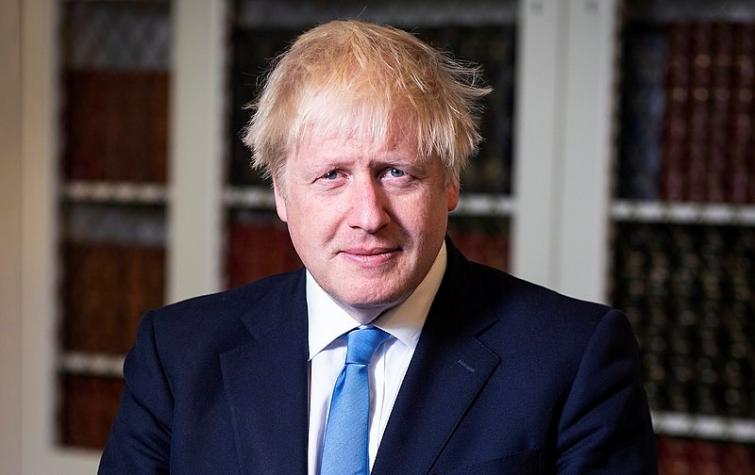 During the weekly session of Prime Minister's Questions at the House of Commons (lower house of the British Parliament), Johnson admitted that he attended the gathering in the back garden of 10 Downing Street on May 20, 2020.

"I believed implicitly that this was a work event," he told the lawmakers, adding that he went to the garden party with the aim of thanking groups of staff before going back into his office 25 minutes later.

The prime minister conceded: "With hindsight, I should have sent everyone back inside. I should have found some other way to thank them."

Keir Starmer, leader of the opposition Labour Party, raged against Johnson's "ridiculous" apology, saying the prime minister's excuse that he "did not realize he was at a party" was "offensive" to the British public. Starmer urged Johnson to "do the decent thing and resign."

In response, Johnson insisted that everyone should wait until the inquiry by Sue Gray, the senior civil servant tasked with investigating the reported party in Downing Street, has concluded before questioning further on the matter.

"I know the rage they (millions of people across Britain) feel with me and with the government I lead when they think in Downing Street itself the rules are not being properly followed by the people who make the rules," Johnson said.

"And though I cannot anticipate the conclusions of the current inquiry, I have learned enough to know there were things we simply did not get right and I must take responsibility," he added.

The prime minister's comments came after days of outrage after new evidence about the illicit gathering emerged.

On Monday, local media ITV revealed that Johnson's principal private secretary, Martin Reynolds, had emailed an invitation to more than 100 Downing Street staffers to "socially distanced drinks in the No. 10 garden" and told guests to "bring your own booze" and "make the most of the lovely weather."

This happened while the country was under strict coronavirus lockdown measures and such gatherings were illegal.

Pressure has been mounting for Johnson to resign following the latest evidence of the garden party. Two separate polls released on Tuesday showed the majority of British voters think he should step down.

A snap poll from Savanta ComRes found 66 percent of British adults thought he should step down, marking a 12-point increase. A poll conducted by YouGov showed that 56 percent of respondents believe Johnson should step down, rising from 48 percent seen in a similar survey on Nov. 22 last year.

Support from Johnson's own Conservative Party is also waning as members have been openly critical, with Scottish Conservatives leader Douglas Ross saying on Tuesday that Johnson must resign if he broke lockdown rules in the garden party.