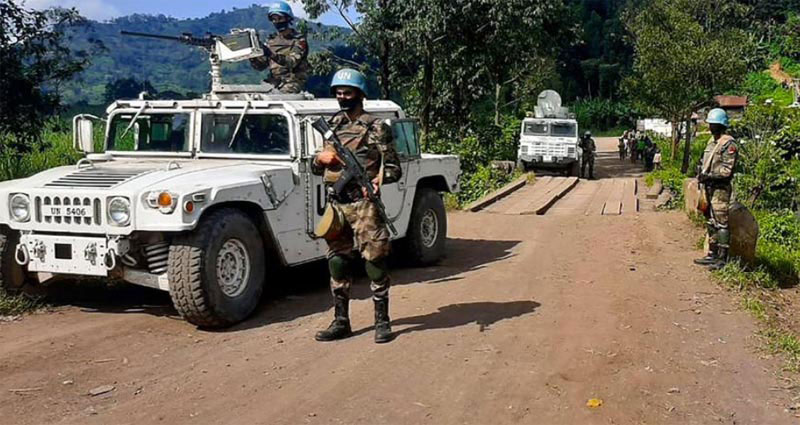 New York: The Special Representative of the Secretary-General in the Democratic Republic of the Congo told the Security Council on Monday that “a lasting solution” to the violence “requires a broader political commitment to address the root causes of conflict.”

Bintou Keita argued that, for stability to return to eastern Congo, “the State must succeed in restoring and maintaining the confidence of the people in their ability to protect, administer, deliver justice and meet their basic needs.”

Keita, who also acts as the head of the UN Stabilization Mission in the country (MONUSCO), said that she has stressed this regularly in her exchanges with the Head of State and with the Prime Minister.

Starting on November 30, the Congolese Armed Forces initiated joint military operations with the Ugandan army against the rebel Allied Democratic Forces (ADF) in the east.

Bintou Keita, Special Representative of the Secretary-General and Head of the UN Organization Stabilization Mission in the Democratic Republic of the Congo (MONUSCO), briefs Security Council members on the situation in the country, by UN Photo/Manuel Elías

According to Keita, UN peacekeepers and the Mission continue to support the Armed Forces in the protection of civilians and the neutralization of armed groups.

In May, the Congolese authorities declared a state of siege in the provinces of Ituri and North Kivu, whose duration has just been extended for the 13th time.

Given the difficulties of implementing it, the Defence and Security Committee of the National Assembly, carried out an assessment of the decision and made recommendations to the Government.

Keita saluted this “constructive and democratic approach” and called the consultations that followed it “a step in the right direction.”

For her, the challenges facing the Government in implementing the state of siege highlight “the limits of a strictly military approach to the protection of civilians and the neutralization of armed groups.”

In fact, the period of the state of siege saw a 10 per cent increase in the number of violations and abuses of human rights in the country.

According to the Special Representative, the humanitarian situation continues to deteriorate in the restive east, due to insecurity, epidemics, and limited access to basic services.

Keita reiterated the appeal to international partners and donors to redouble their support for the Humanitarian Response Plan. So far, the plan is only funded at 34 per cent.

Keita also informed that the transition plan for drawdown of MONUSCO is making progress. The next step is the drawdown from the province of Tanganyika in mid-2022.

The Special Representative pointed out the illegal exploitation of natural resources as “a major driver of conflict”, saying it must be addressed, and commended President Tshisekedi’s intervention at the COP26 Summit, where he committed to combat deforestation in the Congo Basin rainforest and reduce greenhouse gas emissions by 21 per cent, by 2030.

Looking ahead, Ms. Keita highlighted the importance of the elections scheduled for 2023, urging all political stakeholders to focus on key reforms needed to consolidate the hard-won stabilization gains and overcome continuing challenges.

In this regard, she saluted the efforts to find an agreement on the leadership of the National Electoral Commission, known as CENI.

She also argued that a national consensus on the reform of the electoral law will be “absolutely critical” to hold a peaceful and credible electoral process.