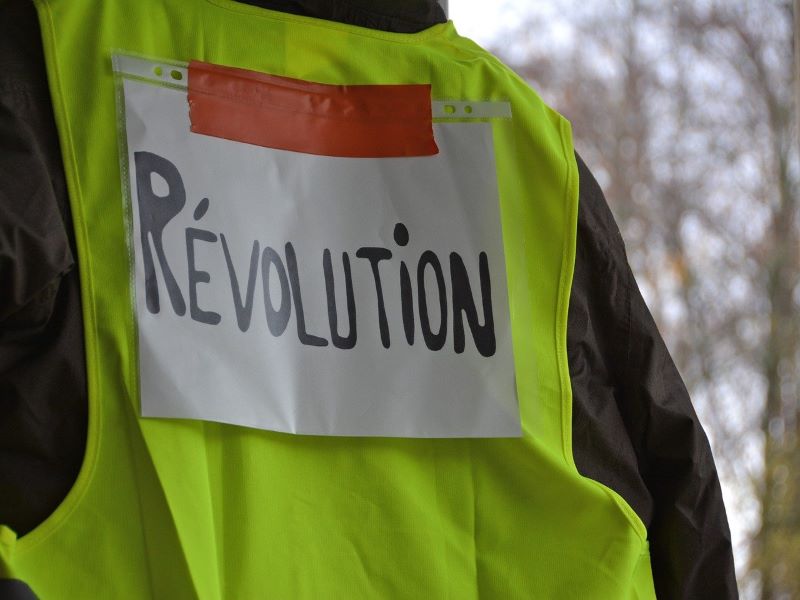 Paris/UNI/Sputnik: At least two people sustained injuries after the police used tear gas and batons against Yellow Vest protesters in Paris, a Sputnik correspondent reported from the scene on Saturday.

Earlier in the day, the Yellow Vests movement rallied in the French capital to mark three years since its creation. The demonstration soon devolved into violent clashes with the police.

The march has been joined by protesters opposing sanitary passes.

The situation has been tense since the start, the correspondent said. The crowd has been aggressive, people have been seen disassembling trash cans, taking out bottles, cans and other objects to throw them at law enforcement officers.

Vandals have been setting fire to rubbish and wooden crates for storing fruit at a closed market on Boulevard Vincent-Auriol. Small fires broke out in several places and firefighting brigades have been dispatched to deal with them.

Large-scale protests of Yellow Vests began in France in November 2018 with a demand not to increase fuel tax and gas prices. The movement then expanded the list of demands to incorporate a range of social and political items.