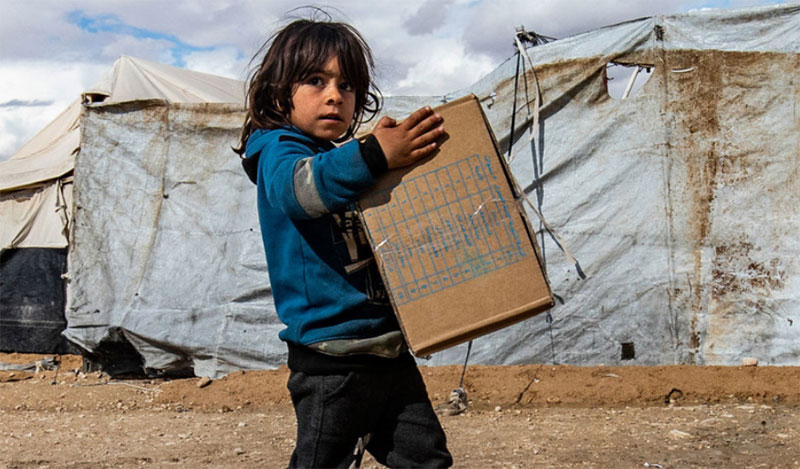 Now is the time to push for political resolution in Syria: UN envoy

New York: Following a decade of appalling suffering and losses in Syria, and amid a current period of relative calm, now is the time to push for a political process to end the fighting, UN Special Envoy Geir Pedersen told the Security Council on Tuesday.

“The Syrian people desperately need a Syrian-led and owned political process to deliver,” he said, urging sustained international support towards ending the brutal conflict, and ensuring the country’s sovereignty, unity, independence and territorial integrity, in line with a 2015 Council resolution.

Last week, the UN High Commissioner for Human Rights, Michelle Bachelet, reported that more than 350,000 people have been confirmed as killed in the Syrian war, though the actual number is likely to be higher.

Mr. Pedersen added to this “grim announcement”, noting that 12 million Syrians are displaced and tens of thousands remain detained, abducted or missing.

Syria is also facing impacts from the economic collapse in neighbouring Lebanon, as well as the COVID-19 pandemic and sanctions.  The country is also divided into several “de facto zones, with international players jostling in the theatre”, with skirmishes peppering more than a year of relative calm.

“With military frontlines largely frozen for 18 months, and concerns from parties regarding the status quo, the time to push for a political process is now,” he said.

“Resolution 2254 recognizes the close link between a nationwide ceasefire and a parallel political process, and I continue to call for this – particularly given episodes of violence and the dangers of this spiraling into all-out confrontation.”

Mr. Pedersen reported on “multiple sources of concern” in Syria.

In Idlib, sustained shelling, rocket fire and increased airstrikes have forced some returnees to again be displaced. Confrontations have occurred between non-State armed groups and Turkish military in northwest Syria and northern Aleppo, and there have reports of an increase in Turkish drone strikes inside Syrian territory.

Additionally, airstrikes on targets near Damascus have been attributed to Israel, while “multiple” terrorist groups continue to operate the country.

“I am sure that the situation on the ground in Idlib and elsewhere will be an important issue when Presidents Putin and Erdogan meet tomorrow, and I continue to appeal for those with influence to promote calm. So much depends on that,” said Mr. Pedersen.

Meanwhile, efforts by Russia and the United States on cross-border humanitarian aid delivery from Turkey have continued.

Turning to the Syrian Constitutional Committee, established two years ago, Mr. Pederson said while the Committee has not yet made steady progress on its mandate, there has been some movement towards its next meeting.

Following eight months of negotiations with the two co-chairs, agreement on methodology has been reached, and invitations for the sixth session have been sent.

“While we are still in the process of confirming logistics, the Small Drafting Body will convene in Geneva as of 18 October, and the Co-Chairs will for the first time meet the day before, together with me, to prepare the session,” he said.

“In short, we should all now expect the Constitutional Committee to begin to work seriously on a process of drafting – not just preparing – a constitutional reform. If it does that, then we will have a different and credible constitutional process. We need that if we are to build a modicum of trust.”

The UN Special Envoy stressed the importance of achieving a genuine intra-Syrian political dialogue that will lead to genuine process of political reform, and emphasized that women must participate in the process.

“Without this no solution in Syria can be complete,” he stated, adding that his office has continued to consult with the Syrian Women’s Advisory Board (WAB), whose 17 members come from different backgrounds and affiliations.

The WAB, established in 2016 by the Office of the UN Special Envoy, ensures diverse women’s perspectives, as well as gender equality, are reflected throughout the political process and in peace talks.

Ambassadors were also briefed by Rouba Mhaissen, Founder and Director of the civil society group Sawa for Development and Aid.  She said there can be no talk about peacebuilding in Syria, when people’s rights, specifically women’s rights, are being breached daily.

“A lot remains to be done so that women are truly participating and that women at all levels are included. The everyday contributions of women at the community level remain unseen, and their demands remain unheard at the peace process level,” she said.

Even amid the most dire circumstances, Syrian women have unified, rising above their affiliations and ideologies, and put their country first, she said. Ms. Mhaissen further stated that building resilience and supporting Syrians, especially women, will be integral to any successful political settlement.