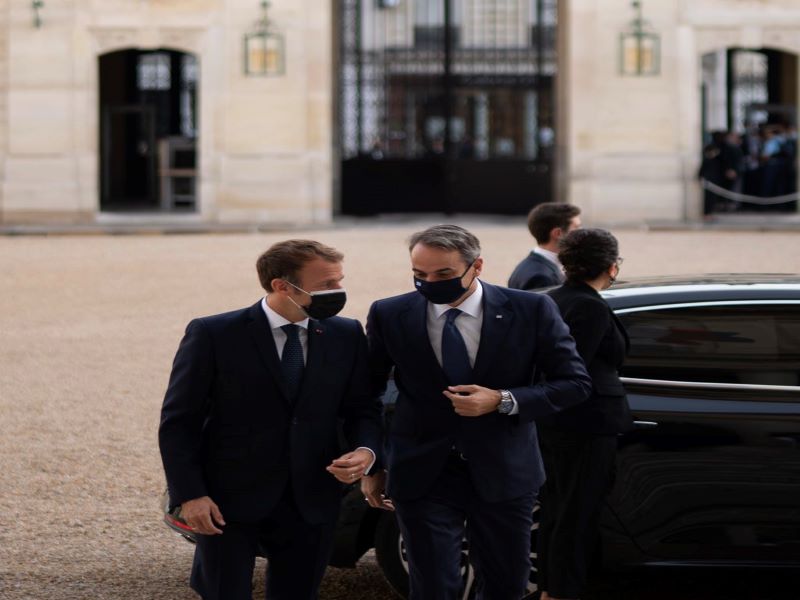 Paris: French President Emmanuel Macron has stressed that Europe must build its own military capacity, after signing a 3 billion euros ($3.51 billion) deal for French frigates with another European country Greece, according to media reports.

"With Greece, today we are entering into a strategic cooperation partnership in the field of defense and security. It strengthens our collective security, our strategic autonomy and our European sovereignty," Macron tweeted.

France was stunned after Australia abruptly ended a multi-billion dollar French-designed submarine contract for a nuclear-powered submarine deal with the US and UK as part of a trilateral nuclear security pact, earlier this month.

French Foreign Minister Jean-Yve Le Drian described the move as "a stab in the back" and "something allies don't to each other".

The sudden cancellation of the pact, which Australia's Prime Minister Scott Morrison said was done in the interest of his country's security, forced France to do some soul searching over its traditional alliances.

According to Reuters, France is pushing for more European autonomy as Washington increasingly refocuses its interests towards China and the Indo-Pacific.

"The Europeans must stop being naive. When we are under pressure from powers, which at times harden (their stance) , we need to react and show that we have the power and capacity to defend ourselves. Not escalating things, but protecting ourselves," Macron was quoted as saying by Reuters in a news conference with Greek Prime Minister Kyriakos Mitsotakis.

"This isn't an alternative to the United States alliance. It's not a substitution, but to take responsibility of the European pillar within NATO and draw the conclusions that we are asked to take care of our own protection."

Athens has entered an agreement with France to buy three frigates with an option to buy a fourth for about 3 billion euros, a Greek government source told Reuters.

The accord came after Greece ordered some 24 Dassault-made Rafale fighter jets this year, making it the first European Union country to buy the fighter jet, the report stated.

"This will tie us for decades," Mitsotakis said. "This opens the door to the Europe of tomorrow that is strong and autonomous, capable of defending its interests."

Asked if the deal posed the risk of increasing tension in the eastern Mediterranean, Macron insisted that it wasn't meant to target a country specifically but Greece as the outer border of the European Union needed to be protected, the report said.

"I don't get the feeling that in the summer of 2020 it was Greece that was bellicose in the eastern Mediterranean," Macron said, indirectly referring to Turkish actions in the region.

"As Europeans, it is our duty to show solidarity with members states. It is legitimate that we commit to equipping it so it can ensure its territorial integrity is respected and that we commit to cooperating to protect it in case of intrusions, attacks or aggression," he said, reported Reuters.