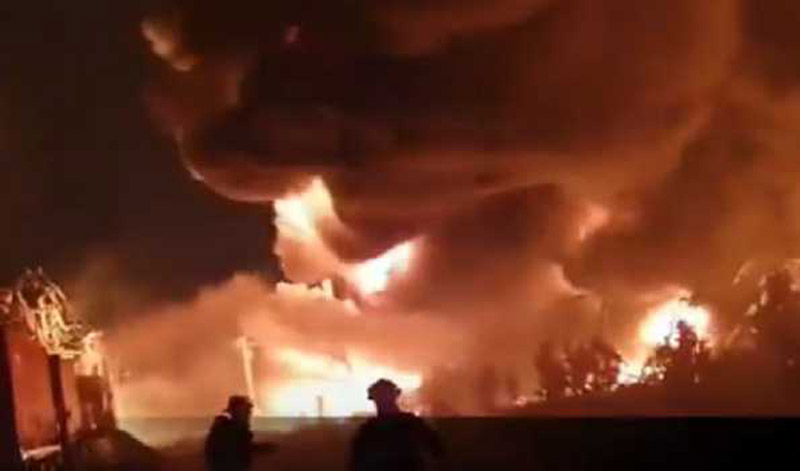 Bangkok/UNI/Sputnik: A powerful explosion occurred at a plastic foam factory in Thailand’s Bang Phli district early on Monday, resulting in the injury of at least 21 people, the Bangkok Post reports.

The blast occurred at the Ming Dih Chemical Co factory, which has about five to six warehouses with 50 tonnes (metric tons) of chemicals, according to the newspaper.

The explosion led to a massive fire that caused damage to both the factory and nearby buildings and houses, within a one-kilometer (0.6-mile) radius, the Bangkok Post said, adding that at least 21 people were reportedly injured.

Local authorities in Samut Prakan Province have reportedly ordered an evacuation of people within a 5-kilometer radius of the factory. The cause of the explosion remains unknown.