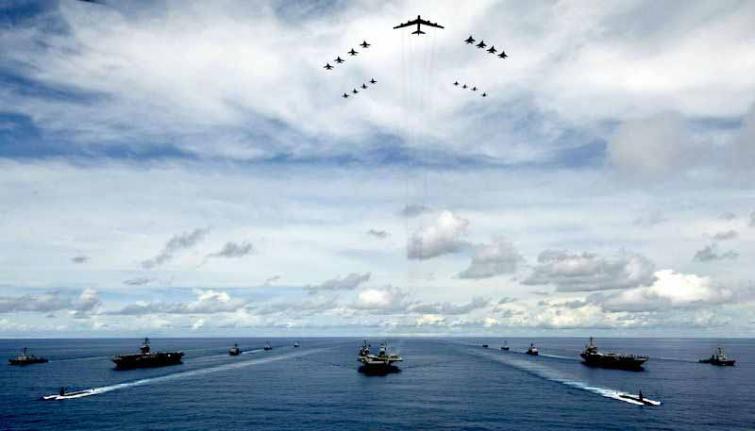 Moscow/Sputnik: The foreign and defense ministers of Japan and Australia expressed concerns over China's recent coast guard law and purported rights abuses in its Xinjiang region in a joint statement after virtual 2+2 talks on Wednesday.

In February, China enacted a law that permits its coast guards to destroy other countries' structures and use force when defending Beijing's maritime claims in disputed areas.

"We reinforce our strong opposition to any destabilizing or coercive unilateral actions that could alter the status quo and increase tensions in the East China Sea ... In this context, we express our concerns over China’s Coast Guard Law and reaffirm that the actions of a state’s coast guard must be consistent with international law. We underscore the importance of peace and stability across the Taiwan Strait and encourage the peaceful resolution of cross-Strait issues," the joint statement said.

The ministers also voiced concerns over "reported human rights abuses against Uyghur and other Muslim minorities" in China's Xinjiang.