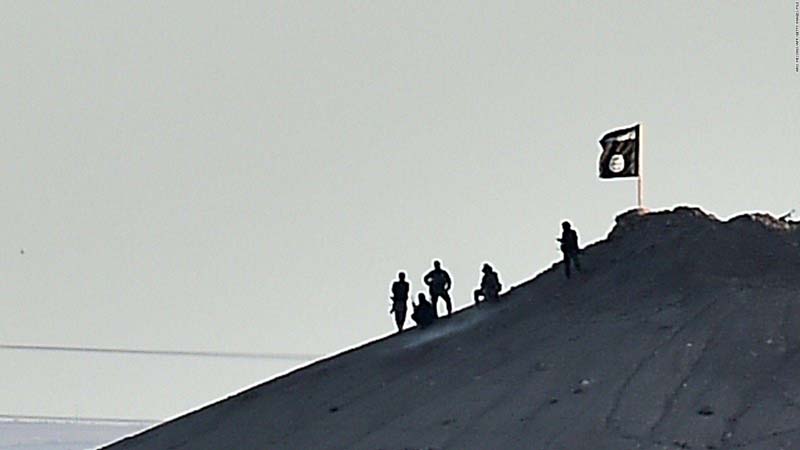 Washington: A geo-political expert has opined that after suffering defeats in the Middle East region, terror group Islamic State has turned to Africa to reestablish its power.

Kelly Alkhouli, a political consultant and the Director of International Relations at the Center of Political and Foreign Affairs (CPFA) says Mozambique remains the new target of the group.

"At this stage, the group remains a mere shadow of the threat it once cast, but the Mozambique government’s petty corruption and ineptitude may present the greatest opportunity for the Islamic State to reassert itself," Kelly wrote in the opinion piece published in The Hill.

"Despite pledging allegiance to the Islamic State in 2019, Mozambique’s al-Shabaab is primarily a local Islamist insurgency born out of local grievances, but their growing presence already is preventing the country from developing itself and soon could pose a security risk to neighboring countries," read the piece.

"The decision came after a brutal attack in the town of Palma, located near Total’s Afungi plant, which resulted in more than a dozen deaths. The insurgency started in 2017 and the crisis has deteriorated since. During those four years, more than 700,000 civilians have been displaced and 2,500 have died," Kelly wrote.

"While the region of Cabo Delgado is resource rich — especially in natural gas and rubies — government corruption has prevented the country and the local community from reaping the benefits. Nearly half of the Mozambican population lives below the poverty line and the unemployment and illiteracy levels in Cabo Delgado remain staggeringly high. Islamists exploit these socioeconomic conditions to try to radicalize the community and expand their presence," read the piece.

Kelly said Cabo Delgado is a significant trafficking route for illicit markets such as ivory, timber, rubies, arms and, most importantly, heroin.

"Over the past three decades, northern Mozambique has become increasingly significant in the southern trafficking route, where heroin is then transported to South Africa and shipped off to Europe. According to a recent study, roughly $600 million to $800 million worth of heroin is trafficked through northern Mozambique, with several high-level members of the Frelimo party reportedly taking money from the syndicate," writes Kelly.

Kelly wrote Mozambican forces are ill-equipped and lack the knowledge and training to combat the Islamist insurgency.

"To prevent the rise of the Islamic State to its former glory, the international community must put political and economic pressure on the Mozambican government to crack down on trafficking networks and improve the socioeconomic conditions of Cabo Delgado" Kelly wrote.