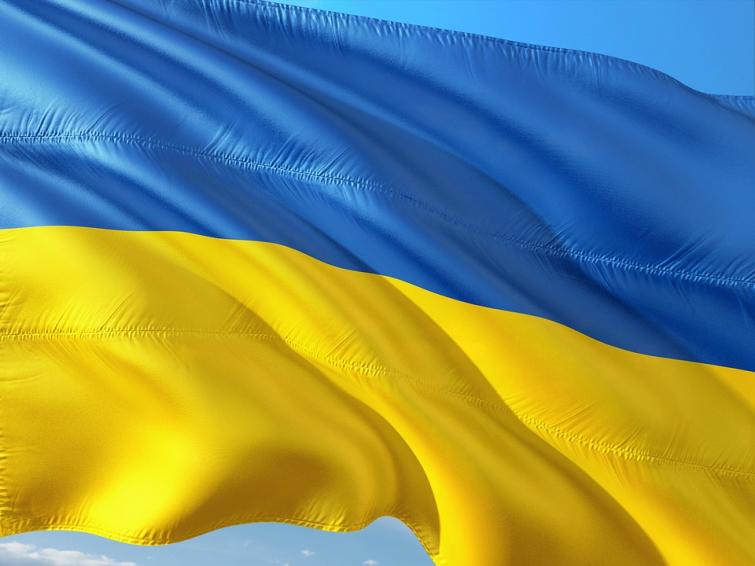 Ukraine aspiring to join NATO for many years, up to alliance to decide

Washington/Sputnik: Ukraine has aspired to join NATO for many years but it is up to the alliance to decide whether it will accept the country, White House spokesperson Jen Psaki said in a press briefing on Wednesday.

"One, that has long been the aspiration of Ukraine and one that has been raised in a range of conversations with US officials over the course of several years," Psaki said. "We would, of course, defer to the Ukrainian government on reading out what they raised on the call with the President."

Psaki emphasized this is a decision for NATO to make but the United States continues to be a recipient of Ukraine’s interests.

The United States has consistently reassured Ukraine that it supports its sovereignty and is now discussing with its allies concerns about increasing regional tensions and ceasefire violations.

Earlier on Tuesday, the Ukrainian president discussed the recent escalation in the eastern Donbas region with NATO Secretary General Jens Stoltenberg, and expressed the belief that NATO membership was the only way to end the war.

Kremlin spokesman Dmitry Peskov said Ukraine's membership in NATO would only exacerbate existing domestic problems, since residents of the self-proclaimed republics in Donbas view it as a "profoundly unacceptable" prospect.

Ukraine has been trying to join NATO after canceling its non-aligned status in 2014. Ukraine changed its constitution in 2019 to enshrine its aspiration for NATO membership. The move was met with criticism in Russia, which has repeatedly criticized the buildup of this alliance in eastern Europe.

In June 2019, Ukraine acquired the status of a NATO Enhanced Opportunities Partner. The country's new status does not imply its membership in the alliance. The military bloc continues to support Kiev's aspiration to become a full member.

Ukraine plans to discuss the reintegration of Crimea at the Crimean Platform summit, scheduled for August 23, on the eve of its Independence Day. Kiev has invited Turkey, France, the United Kingdom, Germany, Canada and the United States, among other nations, to join the platform.

Russian Foreign Ministry spokeswoman Maria Zakharova said in March that Ukraine's efforts to "return" Crimea were illegitimate and would be perceived by Moscow as a threat of aggression against Russia.