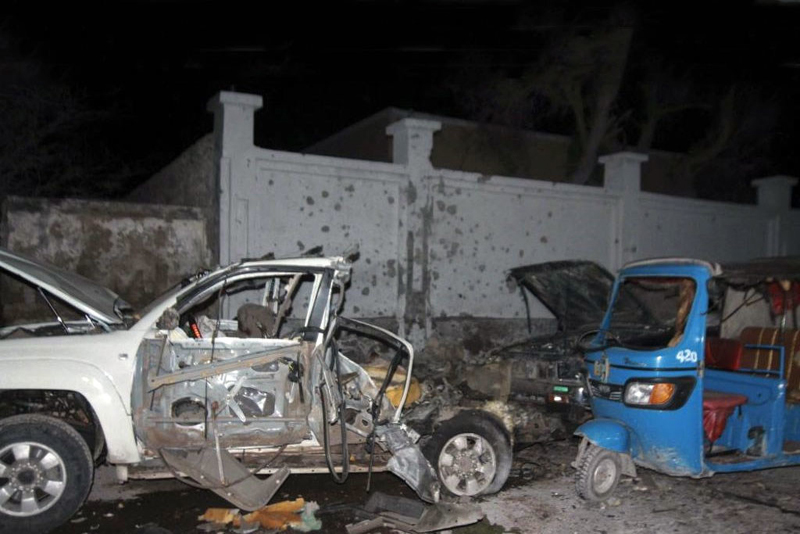 Somalia Blast
UN Somalia Violent extremists have carried out bombings in the Somali capital of Mogadishu on various occasions. Pictured here is the aftermath of a car bomb attack on the city's Banadir Beach hotel in August 2016.

New York: The United Nations envoy for Somalia has strongly condemned Sunday’s terrorist attack on a hotel near the international airport in capital Mogadishu that left at least five people dead and dozens more wounded.

According to media reports, the Al-Shabaab terrorist group claimed responsibility for the attack on Hotel Afrik, which began with a car bomb, followed by an hours-long gun battle with security forces.

Four attackers were also killed. In a statement on Monday, James Swan, Special Representative of the Secretary-General for Somalia and head of the UN Assistance Mission in the country (UNSOM), denounced the “senseless attack”.

“We are appalled by this reprehensible and senseless attack on a venue frequented by innocent civilians, and condemn it in the strongest terms”, he said.

Several civilians, said to have been trapped in the hotel, were rescued by security forces. In the statement, the UN in Somalia expressed its condolences to the families of the victims, and wished a speedy recovery to the injured.

Situated in the Horn of Africa, Somalia has suffered a number of brutal terrorist attacks, many of which have been claimed by Al-Shabaab. In one such incident in August 2020, at least 17 people were killed when the terrorist group attacked the Elite Hotel, resulting in a seven-hour battle with security forces.