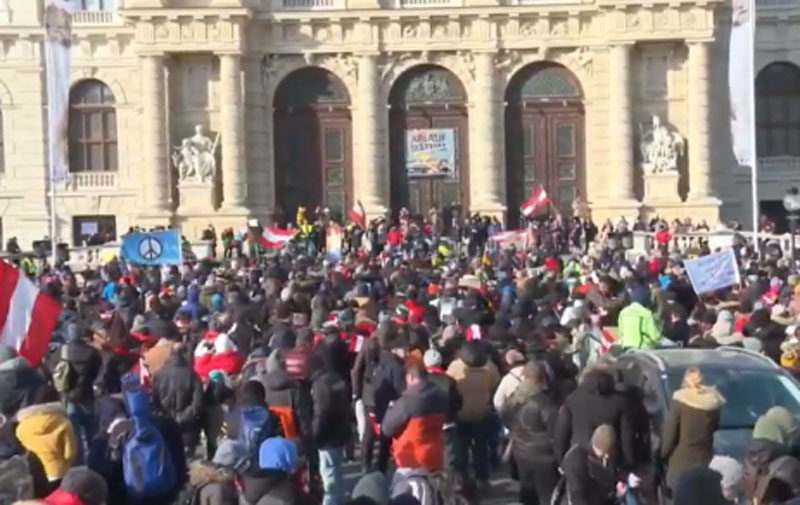 Vienna/Sputnik: Some 10,000 people are taking part in an anti-lockdown protest in Vienna on Saturday, police spokesman Markus Dittrich told Sputnik.

Demonstrations to protest COVID-19 restrictions are slated for the weekend across Austria, including several ones in the capital. Organizers earlier said that they expected 20,000 participants at a rally in Vienna.

"About 10,000," Dittrich said, when asked about the approximate number of demonstrators.

The demonstration began at Heldenplatz near the Hofburg Palace. The crowd at the square chanted "Kurz must leave!"

The protesters then proceeded to Ringstrasse, which encircles the central district of the Austrian capital. The police are monitoring the situation.

Since December 26, the country has been on a third strict lockdown, which is set to last until January 24. The authorities are not ruling out its extension, with the decision expected to be made this weekend.
In late December, the country embarked on a coronavirus vaccination.