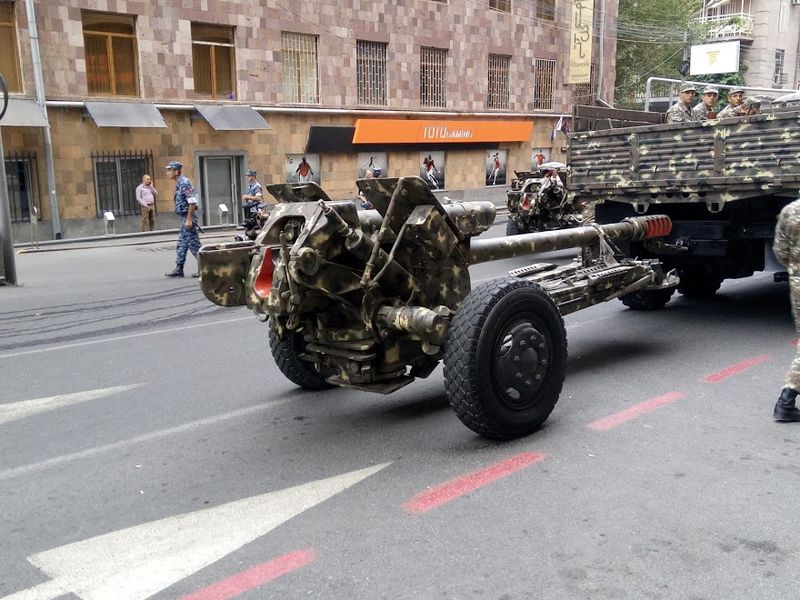 Yerevan/Sputnik: Armenian Prime Minister Nikol Pashinyan said on Saturday that Armenia and Azerbaijan have agreed to exchange all war prisoners who were captured during the Karabakh conflict, and stressed the importance of preserving peace between the countries.

On Wednesday, Artak Beglaryan, the ombudsman of the unrecognized Nagorno-Karabakh Republic, said that Azerbaijan had detained roughly 60 Karabakh servicemen and 40 civilians.

"The crucial task is to return prisoners. I want to say that there has been certain progress. In fact, the exchange has been negotiated on the principle of 'all for all'," Pashinyan said on Saturday in his address to the nation.

The prime minister added that the agreement would apply to the war prisoners captured not only during the recent escalation of the conflict, but also to those who had been detained earlier. The prime minister stressed the need to design mechanisms to return the prisoners, the information on whom would reveal further.

According to Pashinyan, another important issue is the search for missing persons. The prime minister said that Armenia had expatriated over 600 bodies of killed servicemen, 500 of which needed identification.

"With high probability, we can say that these are the bodies of our missing compatriots… Identification is conducted with the use of DNA testing. To date, 135 bodies of the killed have been identified and handed over to their relatives," Pashinyan said.

The prime minister stressed the need to take efforts to prevent the Armenian-Azerbaijani border from becoming a front line.

On November 9, the leaders of Russia, Armenia and Azerbaijan adopted a joint statement on the cessation of hostilities in unrecognized Nagorno-Karabakh. The agreement resulted in the loss of some territories controlled by the Armenian-majority self-proclaimed Republic of Artsakh and the deployment of 1,960 Russian peacekeepers to the region.

After the hostilities had ceased, Armenian refugees started to return to Nagorno-Karabakh, with Russian peacekeepers ensuring their safety. Russian engineer units have started to clear roads, reconstruct electricity, water and heating communications of social facilities and households in the region.