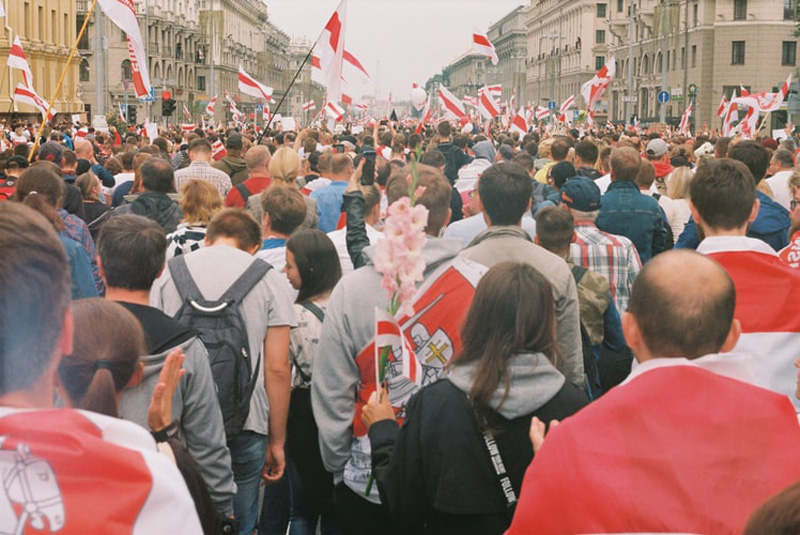 Minsk/Sputnik: Belarusian police have detained at least 40 people attending the Sunday anti-government rallies in the capital city of Minsk and its suburbs, the Viasna human rights center said in a news release.

"On Sunday, November 29, the traditional protest rallies have continued in Belarus, with today's declared Neighbors' March. The Viasna rights center collects data about persons detained during the rally in Minsk, as well as at regional rallies in other Belarusian cities," the center said, attaching a spreadsheet with names of detained persons.

The list currently includes 40 people detained in Minsk and its suburbs, in addition to more detentions carried out in other Belarusian cities, such as Grodno and Viciebsk.

The Belarusian opposition has confirmed on its Telegram channels that some members attending the rallies in Minsk were detained.

Eyewitnesses told Sputnik that pro-opposition protesters gather in scattered small groups across uptown Minsk. They also said that each such assembly point has been monitored by several police vehicles since morning.

Judging from eyewitnesses' posts on social media, several separate rallies of different size formed all across Minsk and, despite detentions and the police's attempts to disperse them, are determined to continue to march.

Protests of various population segments — women, retired persons, students, doctors and people with disabilities, among others — are regularly being detained in Minsk and other Belarusian cities. There are also large-scale Sunday marches that could be joined by any protesters. As a rule, these demonstrations result in multiple arrests.

Mass protests began in Belarus after the presidential election on August 9, which, according to the official results, incumbent President Alexander Lukashenko won in a landslide, securing himself a sixth consecutive term in office. The opposition refused to recognize the results, claiming electoral fraud. Security officers used force in suppressing the protests. Lukashenko's supporters have also organized rallies in his support.