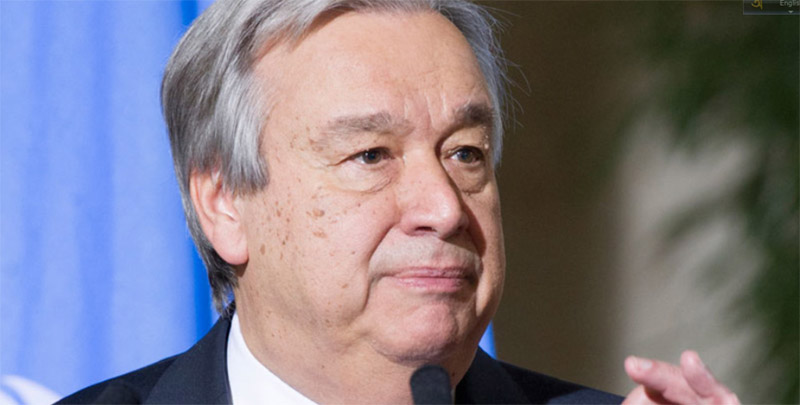 Oppose hatred in all its forms, UN chief urges

New York: The United Nations Secretary-General has called on the global community to stand against hatred in all its forms, and to reject the “lies and loathing” which led to the rise of Nazism and which fractures societies today.

Secretary-General António Guterres warned that alongside COVID-19, the “virus” of anti-Semitism and other identity-based forms of hate, has also been spreading.

“In recent months, a steady stream of prejudice has continued to blight our world: anti-Semitic assaults, harassment and vandalism; Holocaust denial; a guilty plea in a neo-Nazi plot to blow up a synagogue”, he said.

“Our world today needs a return to reason – and a rejection of the lies and loathing that propelled the Nazis and that fracture societies today”, he added.

His latest plea to end hate, came in an acceptance speech after receiving the 2020 Theodor Herzl Award, on Monday. The Award is the highest honour accorded by the World Jewish Congress. This year, due to the coronavirus outbreak, the ceremony was held in a virtual setting.

The event coincided with the anniversary of the Nazi-ordered Kristallnacht or “Night of Broken Glass” on 9-10 November 1938, during which scores of Jewish homes, businesses and synagogues were destroyed.

Mr. Guterres said that as the Secretary-General, he is working to mobilize a global coalition against bigotry. He highlighted that even before the coronavirus struck, the UN had been working to counter hate speech, including through a formal Plan of Action, and after rising attacks on synagogues, mosques and churches, the effort to protect places of worship and other religious sites, led by the UN Alliance of Civilizations (UNAOC).

“And since the spread of the virus this year, our new ‘Verified’ initiative has been combating rampant misinformation about COVID-19,” he added.

The UN chief also reinforced his call for a global ceasefire, so the world can focus on fighting its shared enemy, the coronavirus.

The Secretary-General also reminded that hatred does not discriminate, and when societies fall into repression and violence, everyone is vulnerable.

“Let’s remember what history tells us about the descent into repression and violence: one day it is your neighbour under attack, the next it is likely you,” he warned.

Guterres also noted the role that the UN played in the establishment of the State of Israel, and that it remains his “fervent hope that next year, a dialogue between Israelis and Palestinians can start again towards the goal of two States, living side-by-side in harmony and peace, in the context of a positive environment of regional cooperation.”

“I will continue to stand with you in the fight against anti-Semitism and discrimination of every kind”, he added, stressing that the UN remains a “steadfast ally in the essential struggle to uphold equality and dignity for all.”