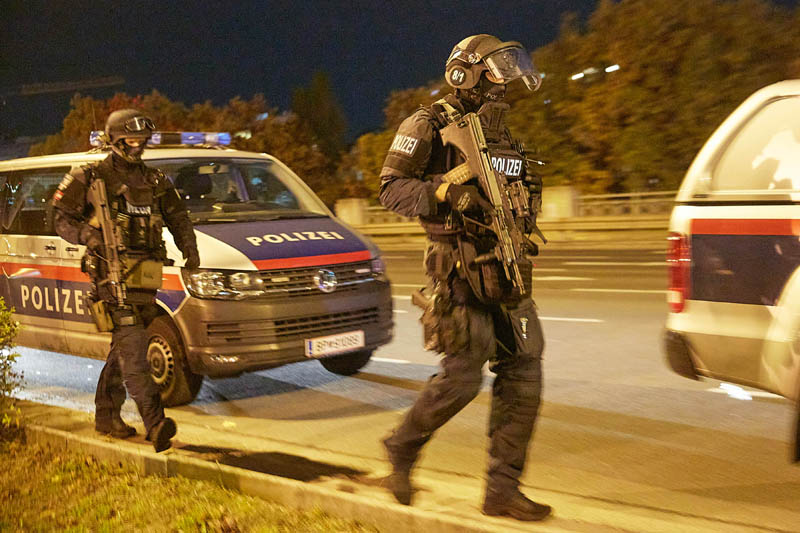 Vienna/Sputnik: Austrian Interior Minister Karl Nehammer on Tuesday confirmed that four people died as a result of a terrorist attack in Vienna on Monday night.

On Monday night, gunmen opened fire in several locations in the Austrian capital. One of the attackers, considered to be a supporter of the Islamic State terrorist organization (banned in Russia), was killed by police.

"We continue to assume that there was at least one criminal. Search activities are ongoing so that we can rule out that there are other criminals," the minister told the OE24.TV broadcaster.
Nehammer did not reveal the perpetrator's identity.

"It was a serious terrorist attack that we have not seen for many years. We have four civilians killed, one criminal killed, it took nine minutes to neutralize a heavily armed criminal," the minister added.

Nehammer also said that there was gunfire at six different locations on Monday night.