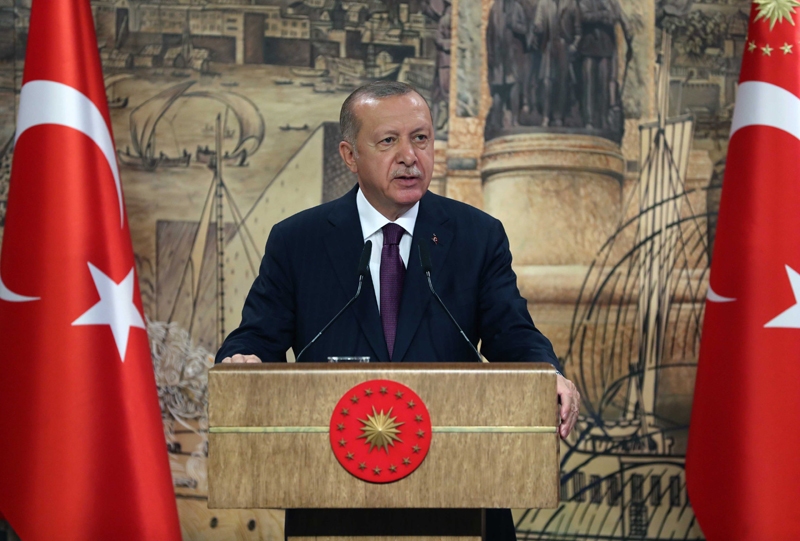 Ankara/UNI: Turkish President Recep Tayyip Erdogan on Monday appealed the citizens to boycott French goods in the backdrop of bilateral tensions with France.

Erdogan took exception to French President Emmanuel Macron's statements against radical Islam in light of the brutal murder of a French history teacher.

In an address delivered in Ankara today Erdogan said, "Just like France calls for abstaining from buying Turkish goods, I am telling my people now: In no case should you do them honor! Do not buy goods by French producers."

The Turkish leader went on to allege that French Muslims are persecuted lot. "You [France] are indeed part of Nazism.

The person who is at the helm in France and need psychiatric treatment has started encouraging attacks on Muslims," Erdogan charged.