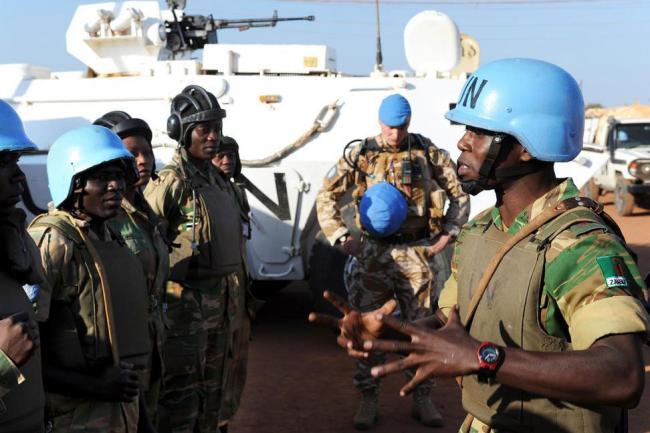 In a unanimous vote held earlier today, the 15-member body adopted the resolution noting that the continuing tensions in Abyei and along the border between Sudan and South Sudan still constituted “a serious threat to international peace and security.”

The mandate of the UN Interim Security Force for Abyei (UNISFA) was extended until 15 February 2015.

The force, set up by the Council in June 2011 following an outbreak of violence after Sudanese troops took control of the oil-rich area in the weeks before South Sudan became independent, is tasked with overseeing the demilitarization of the area and maintaining security.

Among other measures, the Council reiterated its demand that Sudan and South Sudan “immediately resume” the work of the Abyei Joint Oversight Committee, otherwise known as the AJOC, “to ensure steady progress” on the implementation of the 20 June 2011 Agreement, which provides for temporary administrative arrangements for Abyei and the withdrawal of troops by both sides.

In addition, the Council also reiterated its demand that both Sudan and South Sudan “urgently commence” the establishment of the Abyei Area Administration and Council in order to form an Abyei Police Service with a mandate to take over policing functions in the area, including the protection of oil infrastructure.

The UN body also underscored that “continued cooperation” between the Governments of Sudan and South Sudan was “critical for peace, security and stability” and the future of relations between the countries.