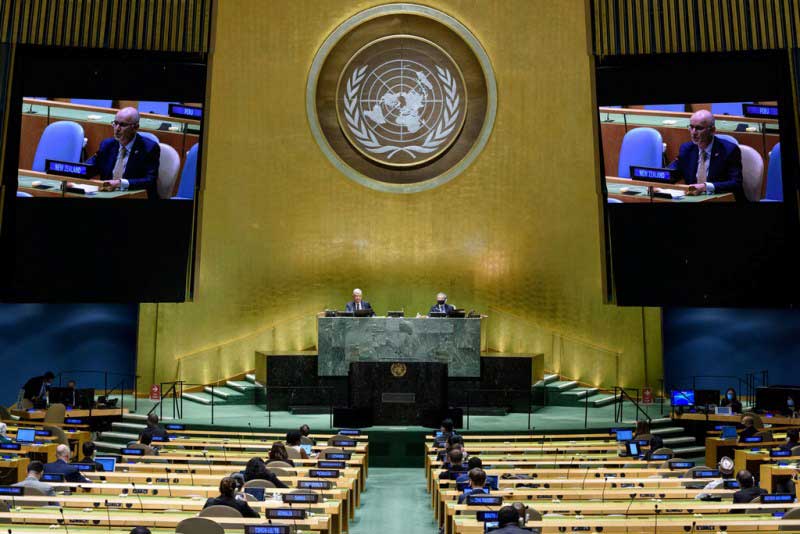 New York: There is no vaccine against climate change, the Permanent Representative of New Zealand told the UN General Assembly debate on Tuesday, noting that now more than ever, the international community must “step up, collectively and in the common interest.”

Ambassador Craig Hawke delivered his speech in person, inside the General Assembly Hall in New York, noting that to defeat the coronavirus, “we will need to be our collective best”, back the World Health Organization and work together to distribute an effective vaccine, “on an equitable basis”.

New Zealand has been lauded for its COVID-19 response with one of the lowest infection rates in the world, but Mr. Hawke said nobody would be truly safe, until vulnerable regions like the Pacific, receive the vaccines they need.

The threat from climate change “is more real in the Pacific than any other region”, he added, saying many islands were paying the price for “collective inaction and their fate is in our hands.

It is essential for the Paris Agreement to be fully implemented, along with a global reset towards a greener global economic system. Calling for an end to fossil fuel subsidies, he was it was time to “re-think how our societies can simultaneously focus on the well-being of our people, and of our environment.”

Ambassador Hawke said that New Zealand has championed the United Nations since its inception, and the wider international system.

“Today, we recommit to playing our part in ensuring the multilateral system collectively responds to shared, urgent global challenges. New Zealand urges all other Member States to do the same”, he added.

Speaking in Maori, the indigenous tongue of the mainland, he concluded with an old saying: “With your food basket, and my food basket, the people will thrive.”