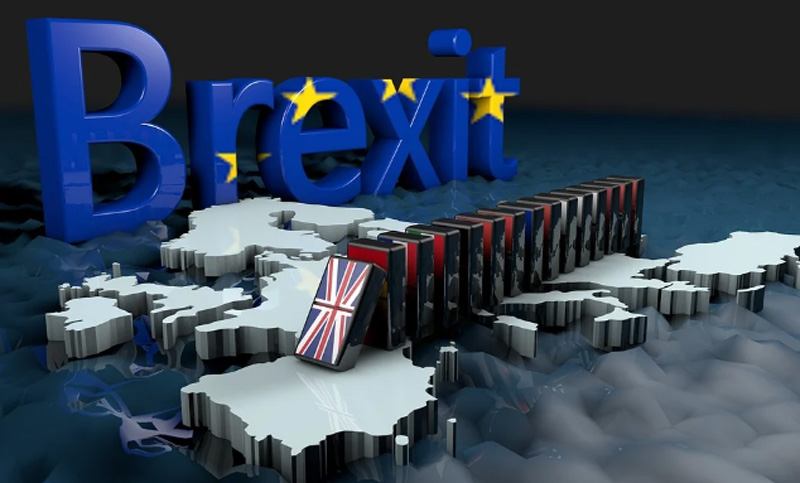 London/Xinhua: The British government put itself on a potential collision course with Brussels on Tuesday after rejecting calls by the European Union (EU) to withdraw parts of a controversial bill that will break international law.

The EU had given Prime Minister Boris Johnson's government until Wednesday to drop clauses in a planned Internal Market Bill currently going through their legislative processes in the Houses of Parliament.

The European Commission has threatened legal action against Britain if it continues with the contentious parts of the bill.

The likelihood of a showdown between London and Brussels emerged at a meeting of the Withdrawal Agreement Joint Committee in Brussels.

British Cabinet Office Minister Michael Gove, co-chair of the committee, spelled out the British government's response at the meeting.

In a statement issued later in London, the Cabinet Office said: "The UK reiterated that the measures set out in the Internal Market Bill are designed to create a 'safety net' to ensure the communities of Northern Ireland are protected. The UK is clear that those measures would not be withdrawn."

European Commission Vice President Maros Sefcovic, who co-chairs the committee with Gove, had led the call for the bill, or parts of it, to be shelved after it was confirmed it would break international law by overriding a treaty between the two sides.
Despite the political wrangle over the bill, talks will resume in Brussels on Tuesday between the EU and British Brexit negotiating teams.

Both sides want a deal to be brokered before the end of this year to pave the way for a future post-Brexit trade deal from Jan. 1, 2021.

A Downing Street spokesperson confirmed the government's stand over the internal market measure in a media briefing Monday afternoon, saying the bill will continue its passage through parliament.

The spokesperson added that the British government will continue to work through the Withdrawal Agreement Joint Committee to resolve outstanding issues and ambiguity.

The Telegraph in London quoted Sefcovic as saying: "I reminded the UK government today that the withdrawal agreement contains a number of mechanisms and legal remedies to address the violation of the legal obligations contained in the text, and I underscored that the EU will not be shy in using them."

"We maintain that the bill, if adopted in its current form, would constitute an extremely serious violation of the protocol, as an essential part of the withdrawal agreement, and of international law," Sefcovic continued.

Britain ended its membership of the EU on January 31 but continues to follow the bloc's rules on trade under a transitional arrangement that ended December 31.