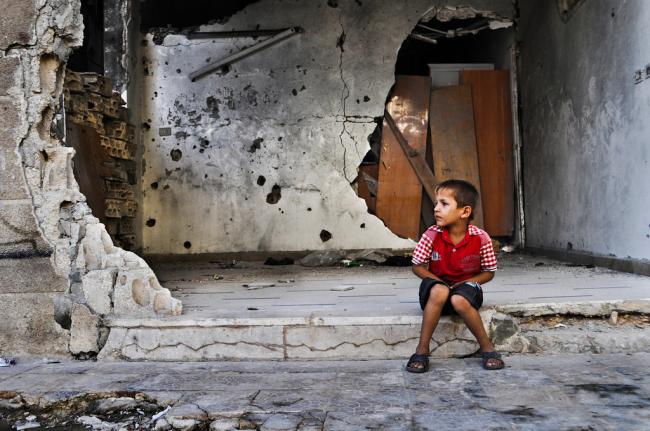 India Blooms News Service | | 21 Feb 2015, 08:56 am
#UN Human rights experts on sufferings of Syrians
New York, Feb 21 (IBNS): Four United Nations human rights experts briefed the Security Council on Friday on a new report into human rights and humanitarian law violations in Syria since the uprising in the country began, saying unthinkable crimes continue occurring daily, with victims' voices in danger of being lost amid the horrors of the conflict.

“It is unconscionable that Syrians should continue to suffer as they have for the last four years and have to live in a world where only limited attempts have been made to return Syria to peace, and to seek justice for the victims,” said Paulo Sérgio Pinheiro, Chair of the Independent International Commission of Inquiry on the Syrian Arab Republic.

It is mandated by the Human Rights Council to investigate and record all violations of international human rights law and is also tasked with investigating allegations of crimes against humanity and war crimes, with its mandate recently expanded to include “investigations of all massacres.”

The Commission's latest report charts the major trends and patterns of abuses perpetrated in the country from March 2011 to January 2015, stressing the need for urgent international action, particularly by States with influence over the warring parties, to find a political solution to the conflict in order to “stop grave violations of human rights and to break the intractable cycle of impunity.”

As violence in Syria has spiralled, the Commission's eight previous reports have described the heightened suffering experienced by civilians at the hands of the warring parties.

Hundreds of thousands of people have died, while half the population has been displaced and men of fighting-age, women, children, humanitarian and medical workers and vulnerable groups like internally displaced persons have been targeted with violence.

The humanitarian response cannot keep pace with needs, with many people hard to reach, and the Commission says that the trends it identifies in its report suggest that the extreme hardship endured by millions of ordinary Syrians will only grow more acute unless immediate action is taken to stop the violence.

Drawing on more than 3,550 interviews with victims and eyewitnesses collected since September 2011, the Commission, which is scheduled to present its report, along with an oral update, to the Human Rights Council on 17 March, once again emphasised the importance of accountability, which it said must form part of any future negotiations if the resulting peace is to ensure.

It also urged the Security Council to work to realise the demands it set out in its Resolution 2139, with Pinheiro noting that the Resolution stressed the need to end impunity and reaffirmed the necessity of bringing perpetrators to justice.

“Victims deserve more than our compassion. We cannot continue to urge an end to the conflict, and its many crimes, without there being some prospect, some means, of bringing about that end,” he said.