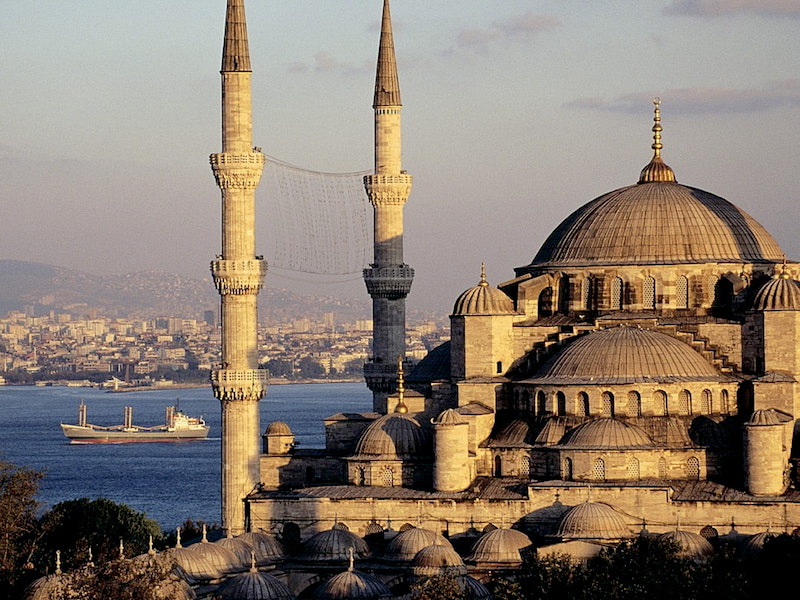 Istanbul/IBNS: Hagia Sophia, Turkey's iconic monument, a UNESCO World Heritage and one of the central attractions of its capital Istanbul, is no longer a museum. It has been turned back as a mosque though some 1500 years ago it was built as an Orthodox Christian cathedral.

Hagia Sophia was converted into a mosque during the Ottoman time in 1453 while under Ataturk it was turned into a museum in 1935.

The decision comes amid a growing rise of the Islamists in Turkey  who had been demanding that it be restored as a mosque though Opposition leaders with secular credentials had been against the move.


A top court in Turkey ruled that turning it into a museum in 1935 by modern Turkey's secular architect Mustafa Kemal Ataturk was illegal, paving the way for present Turkey president Recep Tayyip Erdogan to declare it as a mosque again and to open it for Muslim prayers.

Erdogan made the announcement  an hour after the court ruled the conversion to museum in 1935 as illegal and scrapped its status.

"May it be beneficial," posted Erdogan  on Twitter, sharing an official document on the change with his signature. 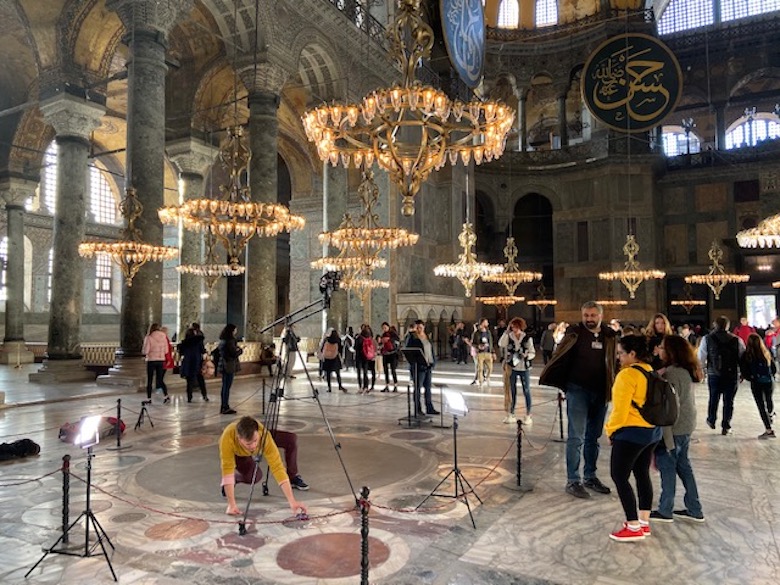 In an immediate reaction, UNESCO said it "deeply regrets" the decision.

UNESCO said  it was "regrettable that the Turkish decision was not the subject of dialog nor notification beforehand".

"UNESCO calls on the Turkish authorities to open a dialog without delay in order to avoid a step back from the universal value of this exceptional heritage whose preservation will be reviewed by the World Heritage Committee in its next session," the United Nation's cultural body said in a statement.

Istanbul icon of beauty and wonderment

According to Turkey's official tourism website, Hagia Sophia is a remarkable achievement in the history of architecture. and a living proof of mankind's revolt against the laws of physics and it calls it a monument whose importance transcends borders.

It is one of UNESCO's World Cultural Heritage sites  attracting millions of visitors across the world with its majestic grandeur and beauty.

Dominating Istanbul's skyline, this quaint edifice has been expanded and restored several times throughout the centuries. Hagia Sophia has always been unique as an architectural piece from the first day it was built.

Hagia Sophia is not only renowned for its magnificent religious architecture but also for its superb exquisite Byzantine mosaics and fine examples of unique Ottoman calligraphy.

#hagiasophia #istanbul Hagia Sophia was a church since 4th century, built by Constantine, that was turned into a mosque by Ottomans and many Christian symbols were removed, but Ataturk turned it into a museum. Hagia Sophia means "Divine Wisdom" in Greek, this was an Orthodox church dedicated to holly wisdom. Turkish people call it Aya Sofya, it's a former Byzantine church and former Ottoman mosque, now located in Sultanahmet neighborhood being one of the most important museums of Istanbul considered as a World Heritage by UNESCO. It is one of the greatest surviving examples of Byzantine architecture. Aya Sofya remained a mosque for almost 500 years until 1935 when Atatürk converted it into a museum so everybody could come to visit this architectural masterpiece and admire both Christian and Muslim art. Prayer rugs were removed

History of Hagia Sophia as described by Turkey in its official tourism website:

Church: Built by the order of Byzantine Emperor Justinian I in the 6th century, Hagia Sophia, the Church of Holy Spirit, includes pagan pillars taken from Ephesusand the Temple of Artemis and precious mosaics of Christianity and Islam. This great temple was dedicated to the Holy Spirit (Sophia) in the trinity doctrine of Christianity.

Hagia Sophia is also one of the largest cathedrals in the world having special significance for the Orthodox community.

Mosque: The church was converted into a mosque after the Ottoman Conquest of Istanbul in 1453. Ottomans buttressed the edifice with architectural elements displaying Ottoman character.

Mosque elements such as a mimbar, a mihrab, preacher's platform and wooden balustrades were added inside. Mahmut I had a library built here. The southern courtyard includes mausoleums of Murat III, Mehmet III, and Selim II. The original baptistery was converted into a mausoleum for Mustafa I and Sultan Ibrahim.

Museum: Hagia Sophia opened as a museum in 1935. 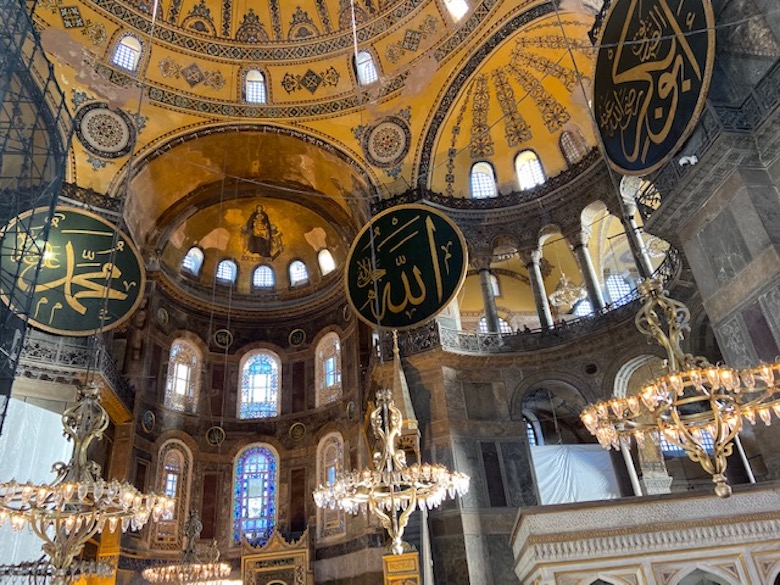