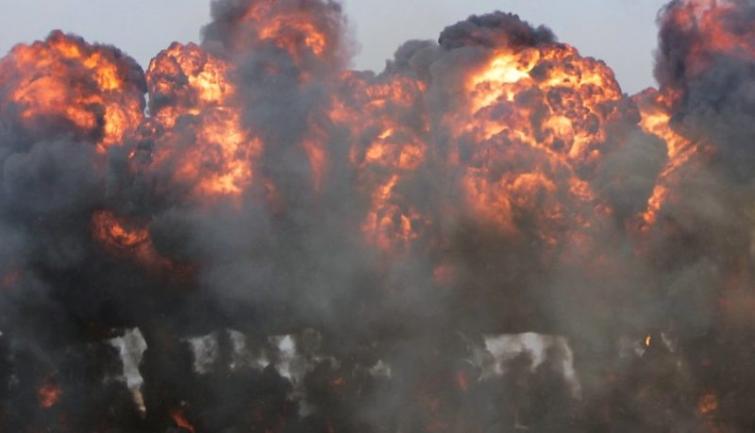 Mogadishu/Xinhua: A huge blast in the Somali capital of Mogadishu killed two police officers and injured one other early Wednesday.

The blast targeted a police vehicle that was on a routine patrol, police spokesman Dhame Sadik Adan said.

The police have launched an investigation into the incident, he added. No group has claimed responsibility for the blast, but extremist group al-Shabab, which is fighting to topple the country's western-backed government, usually stages such attacks.

The group has recently stepped up attacks against the African Union and Somali forces, particularly in Mogadishu and southern regions, targeting their bases and other public places.