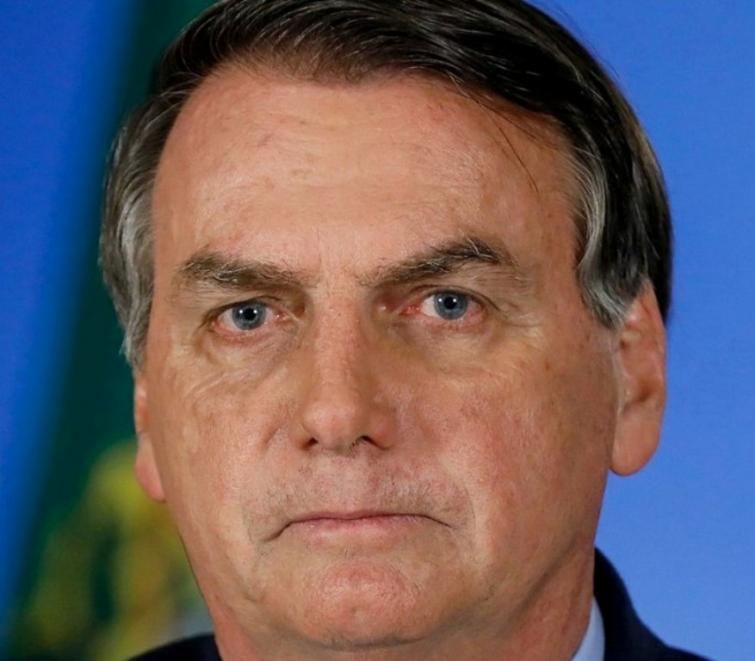 Brasilia/IBNS: Brazilian President Jair Bolsonaro announced on Tuesday that he had tested positive for the novel coronavirus with mild symptoms.

Speaking to Brazilian TV channels, he said: "Everyone knew that it would reach a considerable part of the population sooner or later. It was positive for me."

Bolsonaro on Monday took the test for the contagion.

"On Sunday, I wasn't feeling very well. On Monday, it got worse when I started feeling tired and some muscle pain. I also had a 38-degree [Celsius] fever. Given those symptoms, the presidential doctor said there was suspicion of Covid-19," Bolsonaro told TV channels adding that he then went to a hospital where scans of his lungs "came back clean."

Brazil is second only to the United States in terms of total coronavirus infections and deaths globally.

More than 65,000 people have died of the virus in Brazil and 1,623,284 cases have been confirmed so far, according to John Hopkins University & Medicine coronavirus map.