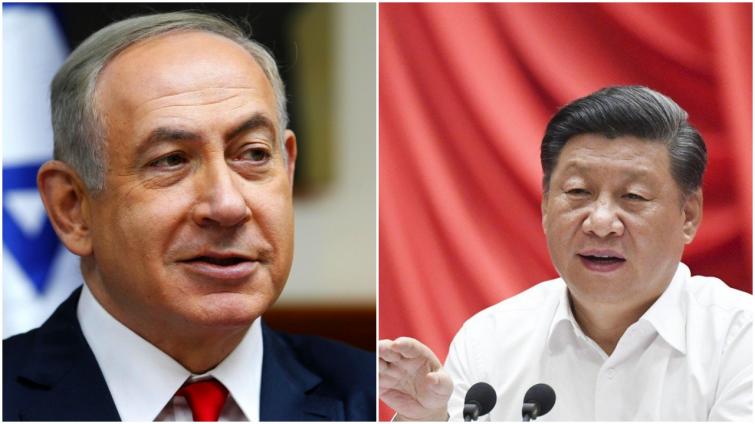 COVID-19: China's relationship with Israel seems to be in troubled water now

Jerusalem: With the COVID-19 outbreak leaving many nations to rethink their policy against China, specially after reports emerged that the virus have emerged from the Asian nation owing to their cover-up attempt,  it seems that relationship between Beijing and Jerusalem might touch new low.

The US is asking its allies, including Israel, to sever ties with China in areas with security risks, a US official with knowledge of talks on the matter said on Tuesday as quoted by The Jerusalem Post.

The demand marks an escalation, since in previous public statements, US Ambassador David Friedman and State Department officials had focused on the establishment of a more robust review process for foreign investments that could pose risks, and a reduction of reliance on China for emergency equipment in light of the coronavirus pandemic, reported the newspaper.

Asked whether the establishment of an Israeli version of the Committee on Foreign Investment in the United States (CFIUS) would satisfy the US, the official said: “I’d go further. Reduction of entanglements overall. Elimination in critical areas altogether.”

The Trump administration official said that Israel must be prepared to take concrete action to reduce its ties with China.

“I don’t think polite deflection will cut it anymore,” he stated. “This is a high priority for the US.”

Relationship between China and the US touched new low in recent times over the COVID-19 outbreak that has now hit nearly all the countries across the globe.

China is Israel’s third-largest trading partner, and trade between the countries grew by 402% in the past decade, reaching about $14 billion in 2018, reports The Jerusalem Post.

It seems that Israel has already started distancing itself from Beijing and it is specially evident from the fact that the country selected local company IDE Technologies, rather than a Chinese firm, to construct the world’s largest desalination plant.

Three groups bid to build Sorek 2, a private-public partnership (PPP) that will be the world’s largest reverse-osmosis seawater desalination plant when completed in 2023. Among them was Israeli Hutchison Company, an affiliate of Hong Kong-based Hutchison Company, reported The Jerusalem Post.

Regarding Sorek 2, the Trump administration specifically flagged Hutchison’s possible involvement in the construction of the desalination plant, which will be in Kibbutz Palmahim and cost more than NIS 5 billion. In addition to being an important infrastructure project for Israel, the plant is near the Sorek Nuclear Center and the Palmahim airbase, reported the newspaper.

Days before a British Columbia judge is scheduled to give the verdict in the extradition case of Meng Wanzhou, China on Tuesday asked Canada to immediately release the Huawei executive to avoid any 'continuous harm to China-Canada relations'.

"China's position on the Meng Wanzhou case is consistent and clear. The US and Canada abused their bilateral extradition treaty and arbitrarily took compulsory measures against a Chinese citizen without cause. This is entirely a serious political incident that grossly violates the legitimate rights and interests of the Chinese citizen," Chinese Foreign Ministry spokesperson Zhao Lijian said in a statement.

"The Chinese government is steadfast in safeguarding the legitimate rights and interests of Chinese citizens. The Canadian side should immediately correct its mistake, release Ms. Meng and ensure her safe return to China at an early date so as to avoid any continuous harm to China-Canada relations ," he said.

The Supreme Court of British Columbia expects to release the reasons for its decision Wednesday after an initial hearing in the extradition case against Meng – 542 days after her detention at the Vancouver airport at the request of U.S. prosecutors. It enraged China and was followed by a series of punitive measures against Canadian citizens and trade with Canada, reports The Globe And Mail.

Zhao did not elaborate on what further harm to the relationship between the two nations will occur if Meng is not released.