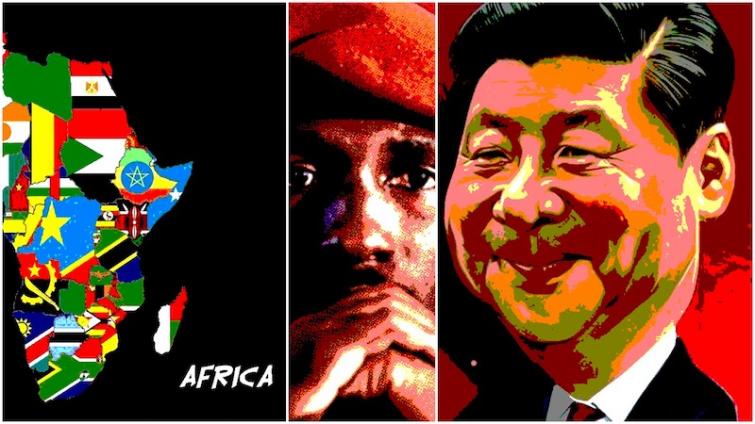 Beijing/IBNS: China is facing a major diplomatic crisis in Africa as several nations have now voiced their concerns amid reports that African nationals are facing COVID-19 related racial discrimination in the East Asian country.

The reports have triggered massive anger in the African continent.

The racial incidents have sparked a diplomatic race row between China and the African Union, various African governments and even the United States, all putting pressure on Beijing over the reported treatment of black migrants, who are predominantly from African countries.

Ghana, Nigeria, Kenya and Uganda are among those that have asked for explanations from the Chinese government.

“I don’t know where I will sleep tonight,” a man from Ghana says in a nighttime video, luggage strewn on the streets. “We are Nigerians, Ugandans and Ghanaians; we are stranded now.”

In another video, a group of black men can be seen pulling their luggage and being herded through the rainy streets by police officers.

On Saturday, the front page of Kenya’s Nation newspaper read: “Kenyans in China: Rescue us from hell”.

The US raised concerns over the issue.

" In response to an increase in COVID-19 infections, officials in the Guangzhou metropolitan area escalated scrutiny of foreign nationals. As part of this campaign, police ordered bars and restaurants not to serve clients who appear to be of African origin," US Embassy in China said in a statement.

"Moreover, local officials launched a round of mandatory tests for COVID-19, followed by mandatory self-quarantine, for anyone with “African contacts,” regardless of recent travel history or previous quarantine completion. African-Americans have also reported that some businesses and hotels refuse to do business with them," it said.

"The U.S. Consulate General advises African-Americans or those who believe Chinese officials may suspect them of having contact with nationals of African countries to avoid the Guangzhou metropolitan area until further notice.  Without advance warning, officials might require such individuals to submit to a COVID-19 test and undergo 14 days of supervised quarantine at their own expense," the statement said.

African ambassadors in China have written to the country's foreign minister over what they call discrimination against Africans as the country seeks to prevent a resurgence of the coronavirus, which originated in the central Chinese city of Wuhan last December, Al Jazeera reported.

Several African countries have separately also demanded that China address their concerns that Africans, in particular in the southern city of Guangzhou, are being mistreated and harassed, reported the news channel.

In recent days Africans in Guangzhou have reported being evicted from their apartments by their landlords, being tested for coronavirus several times without being given results, and being shunned and discriminated against in public. Such complaints have been made in local media and on social media, reported Al Jazeera.

In the letter, African ambassadors informed China's top diplomat, Wang Yi, that a number of reported incidents, including that Africans were being ejected from hotels in the middle of the night, the seizure of their passports, and threats of visa revocation, arrest or deportation have been taking place.

"The Group of African Ambassadors in Beijing immediately demands the cessation of forceful testing, quarantine and other inhuman treatments meted out to Africans," it said as reported by AJazeera.

The Chinese embassy in Zimbabwe has rejected such reports.

"China has zero tolerance for racial discrimination," it tweeted.

Kenya's Ministry of Foreign Affairs said in a statement that the country expressed its concern over the developments in China.

"The Ministry’s attention has been drawn to information concerning the situation of some Kenyan nationals in China specifically with regard to a recent decision by the Government of China to undertake stringent testing of foreigners and Chinese nationals alike, to forestall imported and asymptomatic cases of COVID-19 in Guangzhou and other areas of China," it said in a statement.

"The Ministry through its Embassy in Beijing is seized of this matter and has officially expressed concern about these developments and is working with the Chinese authorities to tackle the matter expeditiously," read the statement.

"The Ministry has received assurances from the Chinese Embassy in Nairobi that the Government of China takes a serious view of the situation and that the local authorities in Guangzhou have been tasked to take immediate action to safeguard the legitimate rights of the Africans concerned," it said.

Ghana's foreign affairs minister Shirley Ayorkor Botchwey said in a statement that the Chinese envoy was summoned and action was demanded from the country over the issue.