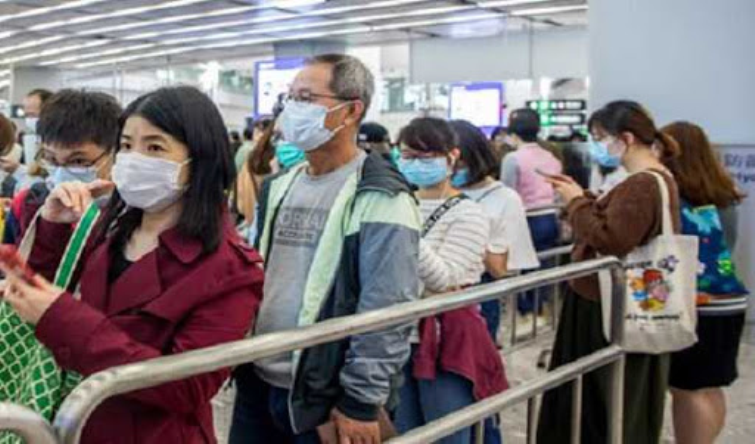 After lockdown ends in Wuhan, shut down imposed elsewhere in China after incoming travellers test positive

Wuhan/IBNS: Even as the lockdown in Wuhan, the capital city of Hubei province and the epicentre of coronavirus pandemic, has been lifted, China has been forced to shut down other places due to the rising coronavirus cases, a media report said.

Imported cases rose to a daily high of 25 in the far northern province of Heilongjiang, after infected people crossed into China from Russia, said a Reuters report.

On Wednesday, a strict lockdown was imposed by Sifenhe city, similar to the one clamped in Wuhan.

The report said that a Weibo social media platform user wrote that Heilongjiang is "under enormous pressure" of tackling the rising Coronavirus cases.

According to the report, some 55,000 people were going to leave Wuhan by train on Wednesday while more than 10,000 left by plane in the morning.

So far, air services to Beijing and international locations have not been started yet, the report added.

The new coronavirus cases in the country have doubled as on Tuesday, owing to the people arriving from other countries.

China is maintaining strict screening protocols amid new cases rising to 62 on Tuesday from 32 a day earlier, according to the National Health Commission, the Reuters said.

This is the biggest single-day jump since March 25, while the new imported infections touched 59, it added.

Several people with asymptomatic infections have been kept under observation. The report said that such cases quadrupled as of Tuesday.

The asymptomatic cases increased to 137 from 30 a day before, out of which 102 are incoming travellers in the last batch of fresh cases.

As of Tuesday the asymptomatic cases stood at 1,095, with 358 having travelled from abroad, said the Reuters report.

The total number of confirmed cases in China stood at 81,802, including 3,333 deaths, according to the National Health Commission, the report informed.