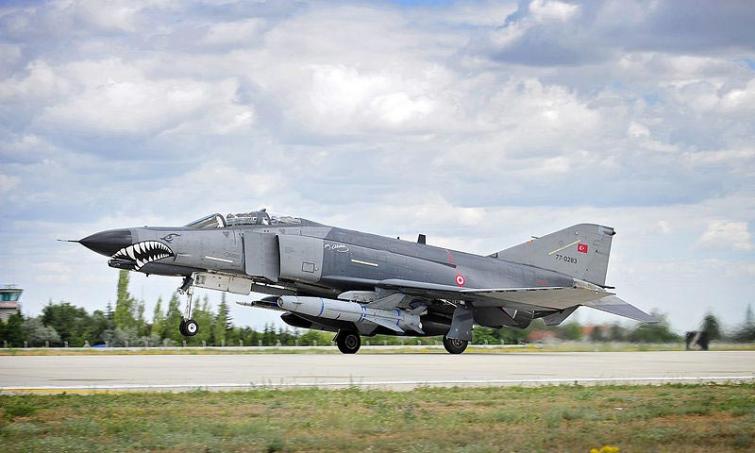 Damascus/Xinhua/UNI: A Turkish F-16 shot down a Syrian warplane in Syria's northwestern province of Idlib on Tuesday, a war monitor reported.

The Turkish jet was flying near the northern outskirts of the Jisr al-Shughour area in Idlib countryside, said the Syrian Observatory for Human Rights.

The Britain-based watchdog said the Syrian warplane crashed in the area controlled by the Syrian government in Idlib.
Meanwhile, the Turkish Defense ministry confirmed in a statement that "a L-39 type warplane of the (Syrian) regime has been shot down within the framework of the successfully ongoing Operation Spring Shield."
The incident comes two days after the Turkish forces downed two Syrian warplanes in Idlib, as part of the escalation between the two countries.

Since December, the Syrian forces have been on a wide-scale offensive against the rebels in Idlib province, the country's last rebel stronghold, which borders Turkey.

The direct confrontation came in the wake of a Syrian attack last Thursday which killed 34 Turkish soldiers. The toll was the biggest military loss the Turkish military has suffered since it intervened in the Syrian conflict in 2016.

Since then, the Turkish forces have been targeting Syrian troops in Idlib, destroying warplanes and killing dozens of Syrian soldiers.