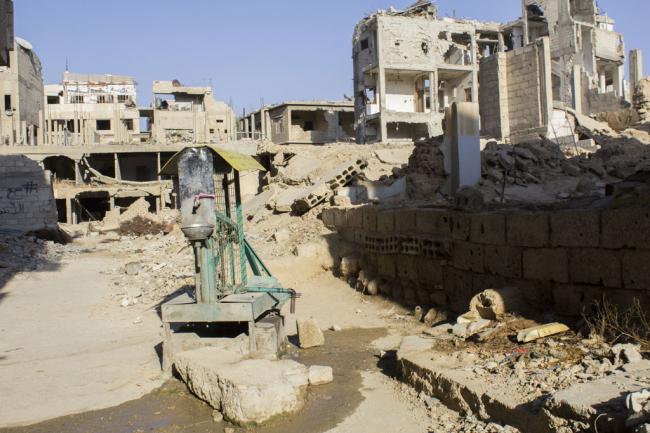 Damascus/Xinhua: Turkish forces renewed drone attacks on Syrian forces' positions in the northwestern province of Idlib on Saturday, killing 26 Syrian soldiers, according to a war monitor.

The Turkish drones targeted the Syrian government forces and vehicles in Idlib on Saturday, a day after 48 Syrian soldiers were killed by similar attacks in Idlib.

The escalation in the Turkish attacks on Syrian forces come in light of an attack that killed 34 Turkish soldiers on Thursday, which was blamed on the Syrian government forces.

The Turkey-backed rebels have captured 14 villages and towns over the past four days, including the strategic city of Saraqeb.

The rebels captured Saraqeb from the Syrian forces, which launched a counter-offensive to retrieve the city without succeeding so far.

Meanwhile, the Observatory said the Turkish forces have brought in reinforcement into Syria.

Around 3,000 military vehicles and 8,000 Turkish soldiers have entered the Syrian territories since Feb. 2.

Over the past two days, several Turkish military vehicles and soldiers entered Syria as the Turkish deadline given to the Syrian soldiers to withdraw from Turkish observation points is Feb. 29.

The deadline was announced earlier by Turkish President Recep Tayyip Erdogan, who demanded the withdrawal of Syrian forces from Syrian areas where Turkish observation points are located.

The Syrian Foreign Ministry said in a statement on Friday that Turkey is supporting terrorist groups in Idlib, which is largely dominated by al-Qaida-linked militants.

The statement said the Syrian Army will continue its war against terrorist groups.