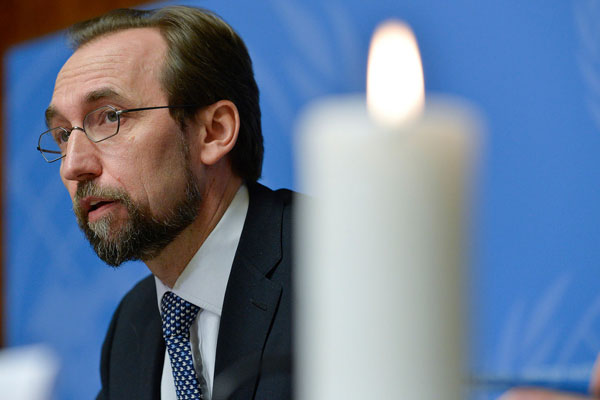 “Perhaps because of the violence engulfing so many other countries – relatively little attention is being paid to the situation in Yemen,” said UN High Commissioner for Human Rights Zeid Ra’ad Al Hussein. “The past few weeks have seen dozens of people killed in a succession of bomb attacks in Yemen. Such wanton acts of indiscriminate violence are utterly deplorable.”

Despite the formation of a new Government on 7 November aimed at ending a period of political turbulence and bringing about a full transition towards democracy, Yemen continues to be plagued by violence.

Several bomb attacks in the last three weeks have killed a total of 86 people, with the most recent, a car bomb detonated outside a police college in the capital, Sana'a, the most deadly, killing 37 people.

“What does anyone gain by slaughtering civilians – especially children – in this way?” Zeid said. “I urge all parties in Yemen to renounce the use of violence to avoid further loss of innocent lives and take concrete steps towards the immediate and effective implementation of the peace and partnership agreement.”

Zeid also urged Yemeni security forces to ensure they used proportionate force when responding to incidents, amid reports of security personnel causing civilian deaths including one incident in December where live ammunition was fired to break up demonstrations.

“Notwithstanding the difficult situation they face, it is essential that Government security personnel halt the use of excessive force, resulting in civilian deaths,”  Zeid said. “Violations of international human rights law by all sides must be promptly, independently and effectively investigated to bring perpetrators to justice and ensure that victims’ right to justice and remedy is upheld.”