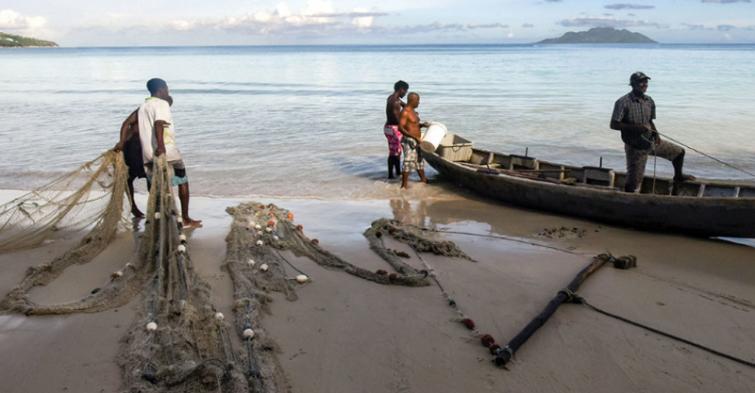 New York/IBNS: More people than ever rely on fisheries and aquaculture for food, and income, but the seafood industry is facing a “dangerous” sustainability divide when comparing trends in the developed world versus those in poorer regions, the Food and Agriculture Organization (FAO) revealed on Monday.

“Fisheries are facing an important crossroad and the world needs a new vision in the 21st century”, the UN agency lead with in a press statement, echoing the main message by it’s Director General, Qu Dongyu, at the opening of a major conference on the matter, which opened Monday.

By 2050, humans will be nearly 10 billion in number, and “land alone will not feed us”, Mr. Donguy explained, thus, the world will need to increasingly rely on aquatic species to eat.

The International Symposium on Fisheries Sustainability, taking place from 18 to 21 November at FAO’s Rome headquarters, convenes researchers, business people and members of various other sectors to identify how to maximize food from the world’s rivers and oceans, without compromising the health of aquatic ecosystems.

Noting a “dangerous trend” in the fishing industry, the FAO chief said that while fisheries in developed regions are increasingly sustainable, meaning fished populations are being replenished, and conditions for industry workers are improving, developing regions lagging behind.

The great provider of life

Achieving global sustainability in the seafood sector looks murky. With the concerning state of the world’s oceans and increasing demand for freshwater species keeping best practices at bay, FAO noted.

Plastic pollution, the effects of climate change, habitat degradation, and overfishing are draining marine fish stocks, with one in every three stocks overfished, compared to one in ten 40 years ago. In addition, inland fisheries (in rivers or fish farms), are feeling the pressure of a growing demand on freshwater species.

Worldwide, one billion people rely on fish as their main source of animal protein, according to the UN N World Health Organization (WHO), and in some small island states, people meet their protein needs exclusively from seafood.

A person derives, on average, 20.3 kilograms of top-quality protein and essential micronutrients from fish every year, with a rise in 3 percent of global fish consumption since the 1960’s, according to FAO.

As far as economies go, around the world, one in ten people depend on fishing for their livelihoods and are often the poorest in society.

From the mid-1970’s, developing countries have increased their net trade benefits from fish from almost zero to over 40 billion dollars each year, FAO’s Director of Fisheries and Aquaculture, Manuel Barange, pointed out at the Conference.

Some 95 per cent of people hinging on seafood for their livelihoods live in Africa and Asia, many struggling to make ends meet despite the degree of danger involved in the work. Commercial fishing was rated the second deadliest profession on earth in 2019.

The FAO Director-General put forward three solutions to guide fisheries toward sustainability, including re-investing in marine and freshwater sustainability programmes, investing in ocean growth, and ensuring protection measures are met with effective management.

“Treat the ocean with the respect it deserves, and it will forgive our foolish ways, and it will replenish  itself and do what it has done in the past - be the great provider of life on planet earth”, Peter Thomson, the UN Secretary-General’s Special Envoy for the Oceans, urged at the Sympsonium’s opening.

Four of the ten targets under the UN Sustainable Development Goal (SDG) to protect oceans, will mature come 2020, including illegal fishing, which the UN’s Special Envoy said begs cooperation from countries who haven’t signed FAO’s Agreement to stamp out the problem.

Moreover, the coming year will be one “in which we create a new deal with nature” he highlighted, as a host of environmental protection events will take place: The UN Ocean Conference to scale up ocean action, the UN Biodiversity Conference , the IUCN World Conservation Congress, and the UN Climate Change Conference (COP26).

By the Sympsonium’s end, participants are expected to present a technical document that synthesized the information and debate in each of the event’s sessions, to be table at the 34th session of the FAO Committee on Fisheries, set for July 2020.

The document will form the platform for a high-level policy statement on the role, value and sustainability status of global and regional fisheries.

“If we focus on our science, our innovation spirit, our technologies, we will secure and protect one of the oldest and most undervalued food industries,” the FAO chief said, urging for delegates to “aim big” and take “concrete” steps toward change.