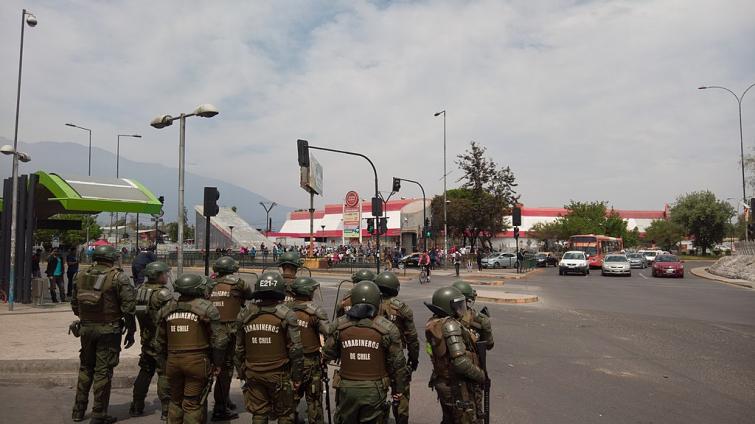 Death toll from riots in Chile rises to 10: local authorities

Santiago (Sputnik/UNI) Ten people have died in Chile amid ongoing violent riots, most of whom were victims of fires in shopping centers, according to local authorities.

On Sunday, reports came about a supermarket in the Chilean capital of Santiago having been set on fire overnight and leaving four people killed. The municipal authorities said the supermarket had been robbed before catching fire.


"Five bodies were found in the underwear store," the mayor of the capital region Karla Rubilar said.


Earlier, Peruvian was killed in another burnt supermarket. Another young Ecuadorian died in the city of Serena from a bullet wound, reportedly shot by a serviceman, however, the authorities have not yet confirmed this information.


Chile has been marred in public unrest since October 6, when the authorities increased subway fares. What started as peaceful public demonstrations, grew into violent rallies, clashes with law enforcement and public unrest. On Friday, the violence peaked as protesters burned several subway stations as well as buses and office buildings. The Santiago subway was closed for the weekend.


The increasingly violent nature of the public rallies forced the authorities to declare a state of emergency and then impose a curfew in the provinces of Santiago and Chacabuco, as well as in the municipalities of Puente Alto and San Bernardo on Saturday.