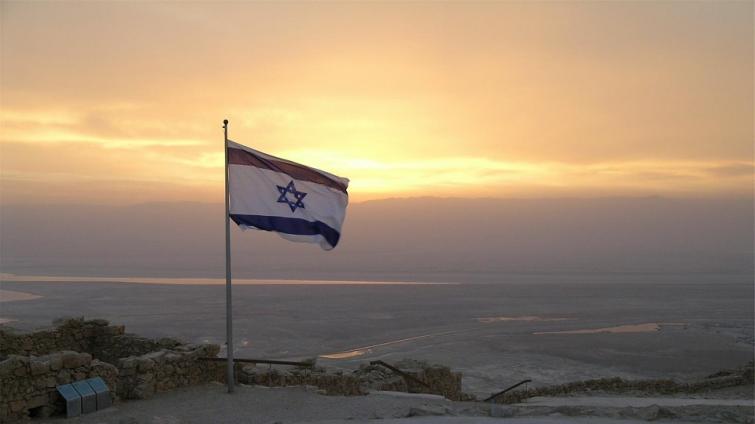 Jerusalem, Oct 6 (Xinhua) A huge 5,000-year-old Canaanite city with a ritual temple was discovered in the center of Israel, the Israel Antiquities Authority (IAA) reported on Sunday.

The ancient city, which is spread over 650,000 square meters, was discovered in archeological excavations in the Sharon region, near the new city of Harish.


The archaeologists revealed a planned megalopolis city from the end of the 4th millennium B.C. in the Early Bronze Age, surrounded by a fortification wall with residential and public areas, streets and alleys.


Some 6,000 residents lived in the ancient city, making their living from agriculture and maintaining trade relations with different regions, cultures and kingdoms in the area.


The impressive-dimensions temple was discovered in the public area of the city. A huge stone basin was exposed in its courtyard for liquids used for ritual ceremonies.


Inside the temple was a facility with burnt animal bones - evidence of sacrifices - as well as rare figurines, including a human head and the imprint of a man with his hands up and next to him an animal figure.


In an excavation that deepened beneath the city's buildings, a 7,000-year-old settlement was discovered, dating to the Chalcolithic period.
The excavations also revealed millions of pottery fragments, flint tools, basalt stone vessels being brought to the site, and more.


Two abundant springs that originated in the area in antiquity appear to have been the site of attraction throughout the periods.


According to archaeologists, "the city is one of the first steps of Canaanite culture in the ancient Land of Israel, which is consolidating its identity in the newly established urban sites.


"Such a city could not develop without a deliberate guiding hand and administrative mechanism behind its founding. The impressive design and the fact that tools were brought from ancient Egypt and seal imprints are evidence of this," they said.


They added that the findings allow, for the first time, to define the ancient cultural characteristics of this area, and the remains exposed indicate an organized society and a social hierarchy.