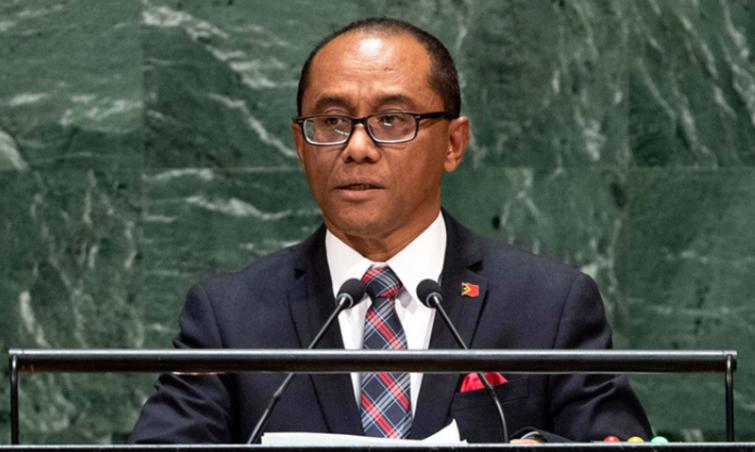 New York: Timor-Leste continues to be a reflection of “the best the UN has to offer,” Foreign Minister Dionisio da Costa Babo Soares declared on Monday before the UN General Assembly.

The UN helped guide the south-east Asian country to independence in May 2002 after years of occupation by Indonesia following the departure of colonial ruler Portugal in 1975.

“We have a historical relationship with the UN. The UN has a permanent and very special place in our hearts,” Mr. Babo Soares stated.

“Timor-Leste continues to be an example of the best the UN has to offer to resolve conflicts and maintain peace and the legal international order when its Member States join efforts.”

The Foreign Minister outlined some of the achievements of the “young democracy” which continues to engage in areas such as rule of law, good governance and human rights.

Gender equality and parity are also “fundamental objectives”, with women constituting nearly 40 per cent of the country’s parliamentarians.

“We have adopted a plan of action  against gender-based violence, including an integrated victim support programme, the promotion of economic empowerment programmes and awareness-raising campaigns,” he added.

Regarding regional developments, Mr. Babo Soares said Timor-Leste and Australia this month concluded talks on the ratification of a treaty on maritime boundaries.

“Timor-Leste continues to have strong and special co-operation ties with our nearest neighbours, Indonesia and Australia. We have deepened our relations not only with Indonesia and Australia, but also with all ASEAN members and we serenely await a decision on our request to join this organization,” he said, speaking about the Association of South-East Asian Nations.

Like other small island developing states, Timor-Leste is on the frontlines of the climate crisis.

Mr. Babo Soares spoke of some of the impacts already being felt, such as an extended dry season which has affected crop yields. In response, the Government is devising policies related to sectors such as renewable energy, forest conservation and promotion of organic farming.

Timor-Leste is also doing its part in global efforts to achieve the 17 Sustainable Development Goals (SDGs), which seek to benefit both people and the planet.

The Foreign Minister said while poverty eradication is a key priority, challenges persist, and the Government is working to attract investment that will support transformation.

He pointed to progress in tackling pollution and stamping out plastics use.

“With respect to preservation of the environment, including ocean conservation, Timor-Leste has adopted a Zero Plastic Policy, which is one of our national campaigns against pollution. We are also in the process of establishing a plastic recycling plant that will allow Timor-Leste to become a plastic-neutral country” he said.

“My country acknowledges, and fully supports, the current multilateral negotiations on the Biodiversity of areas Beyond National Jurisdiction (BBNJ).  We hope that they will result in a collective consensus, and that a legally binding international instrument is adopted to ensure the distribution of the benefits from a collective asset of humanity.”