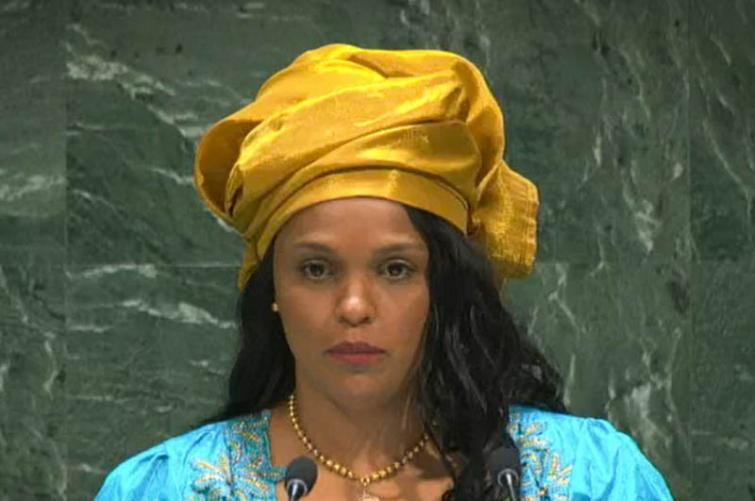 New York: Organized criminal networks continue to pose a threat to Guinea-Bissau and undermine stability in the West African nation, Foreign Minister Suzi Barbosa said in her speech on Saturday to the UN General Assembly.

Although criminal gangs have used the country as a transit point for illicit drugs, she reported that recent police operations have resulted in record seizures.

“This demonstration of our Government’s political will and determination to combat this scourge has deeply affected the political structures that sustain these businesses,” she said.

“It is clear that organized crime takes advantage of the fragility of our State with respect to entrenched local interests. In this regard, it is essential that we strengthen the mechanisms that our main partners use to monitor the political process in Guinea-Bissau.”

Prior to the vote, Guinea-Bissau had been caught in a constitutional crisis which began in 2015 when President José Mário Vaz replaced the Government of Prime Minister Domingos Simões Pereira. As a result, there had been seven different Heads of Government.

Ms. Barbosa outlined the current administration’s priorities, which include promoting inclusive dialogue to consolidate political stability and consensus around key issues such as institutional reform and revision of the Constitution.

“In addition to strengthening the democratic legitimacy of our political institutions, we intend to build the foundations for a better structured and more united society,” she said.

Guinea-Bissau will hold a Presidential election in November, and the Foreign Minister underlined the need for technical and financial assistance. The UN Integrated Peacebuilding Office in Guinea-Bissau (UNIOGBIS) is working to ensure the smooth completion of the electoral process.

Support counter-terrorism in the Sahel

Turning to the wider region, Ms. Barbosa appealed for international financing for the G5 Sahel to ensure its operational readiness.

“The Sahel region is a perfect illustration of the devastating danger that terrorism poses to the world,” she said. “More than a regional threat, it affects the whole continent and may adversely impact world peace.”

Appeal for African representation in the UN Security Council

Barbosa joined other speakers who advocated for greater African representation in the UN Security Council.

Currently, only five countries – China, France, Russia, the United Kingdom and the United States – are permanent members of the body, possessing the right to veto.

Barbosa called for the Council to be expanded so that Africa would have two permanent seats “with veto power” as well as five non-permanent seats.