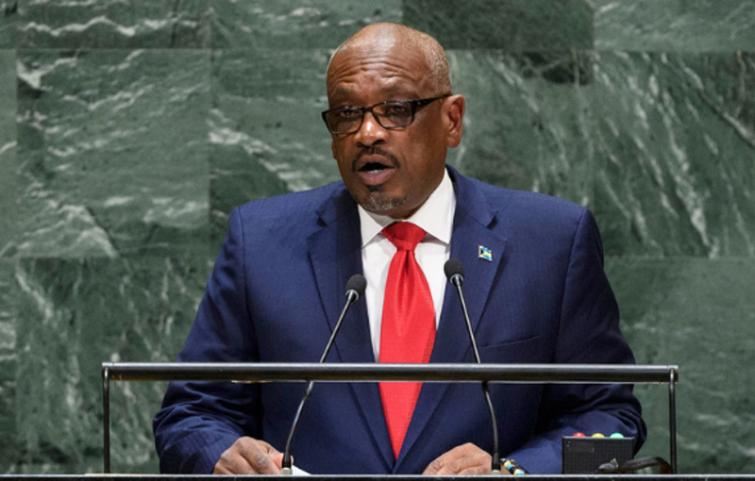 New York: Hurricane Dorian, one of the most destructive Atlantic storms ever recorded, “is a generational tragedy” for The Bahamas, Prime Minister Hubert Minnis said on Friday.

Addressing the UN General Assembly, nearly one month after Hurricane Dorian devastated two major population centres in the archipelagic nation, Mr. Minnis urged his fellow world leaders to treat the climate crisis as the greatest challenge to the planet.

“I add my urgent plea to the cries and voices of many other leaders and citizens of the global commons, urging the nations of the world here assembled to treat the global climate emergency as the greatest challenge facing humanity.

“It is a challenge that, if not treated with the greatest urgency, will continue to ravage small island states, such as The Bahamas, and will also have devastating impact on more developed states.”

At its peak, the hurricane packed winds of 185 miles per hour and generated storm surges as high as 23 feet.

Prime Minister Minnis described Hurricane Dorian as a “physical apocalypse” for some communities which include Marsh Harbour, the formerly picturesque main town on Abaco, now reduced to rubble.

Although the hurricane has left Bahamians heartbroken, he said citizens are grateful for international assistance received in the aftermath.

Prior to Dorian, The Bahamas was hit by major hurricanes from 2015 to 2017. Hurricanes in the region have grown “increasingly lethal” over the past three decades, according to Mr. Minnis.

He added that because the islands of The Bahamas stretch over some 180,000 square miles of ocean, the country can be affected by any number of hurricane trajectories.

“Our heating climate results in the increased severity and frequency of hurricanes for our archipelago, and also destroys our natural defenses against such storms. Coral and mangrove degradation, land erosion, increased tidal movements and the myriad other consequences of global warming, increase our vulnerability and handicap our ability to develop and to establish effective resilience,” he continued.

Minnis said small island countries “are on the frontlines of being swallowed into an abyss created initially by human activity and increasingly by inaction.”

The Prime Minister expressed support for the UN Secretary-General’s strategy to address the climate crisis, including his call to provide concessionary financing to affected nations.