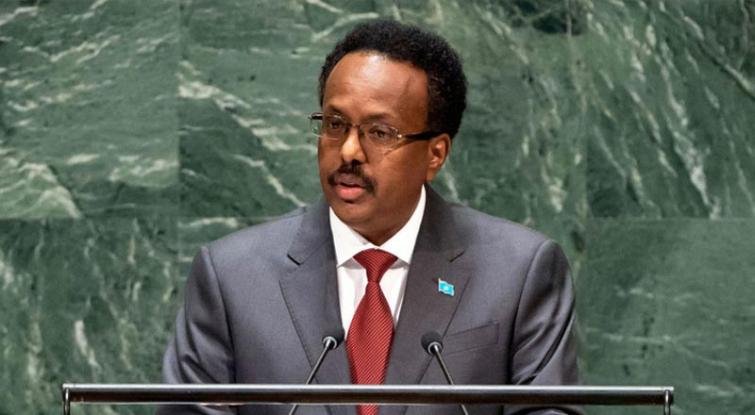 New York: Somalia is “the perfect example of the success of the multilateral system,” President Mohamed Abdullahi Mohamed told the UN General Assembly on Thursday, while acknowledging that the Horn of Africa country still needed international and regional support and cooperation, particularly to deal with threats from Al-Shabab.

Somalia’s progress towards reconstruction was moving ahead, but Mr. Mohamad said “one cannot remain deaf and blind” pockets of global discontent and the effects of poverty, inequality and unfair globalization.

He noted that Somalia played a leading role in the socio-economic development of the Horn of Africa and expressed confidence that cooperation among countries in the region would only strengthen political stability and social and cultural connectivity.

He went on to express his country’s pride after the success of the regional elections in some of the Federated States ahead of the 2021 presidential and legislative elections.

And while he called Somalia “historic” example of reform, resilience and commitment to progress and reconstruction, he cautioned that despite tangible progress, the country still faced many challenges, first and foremost those related to security, on which “everything depends”.

“With the help of our international partners, we are striving to rid ourselves of the last pockets of violent extremism and terrorism,” he said, stressing that the task would not be easy, especially given the “violence, cowardice and opportunistic guerilla tactics of Al Shabab.”

But Mohamed said he is confident that with the help of the African Union Mission in Somalia (AMISOM) and other partners, his country will regain stability, which was in the interest of the region and the world.

Turning to one of the key issues before Member States, climate change, he said Somalia which had the longest coastline on the African continent, was already experiencing the effects of rising waters and temperatures. Somalia was also impacted by land degradation, long-term drought and deforestation.

Mohamed reiterated his commitment to the Paris Agreement, but also to Security Council resolution 751 (1992), which called on all States to take the necessary measures to prevent the direct and indirect import and export of Somali coal.

“It may not save the environment, but it will definitely deprive terrorists of a source of funding,” he said.