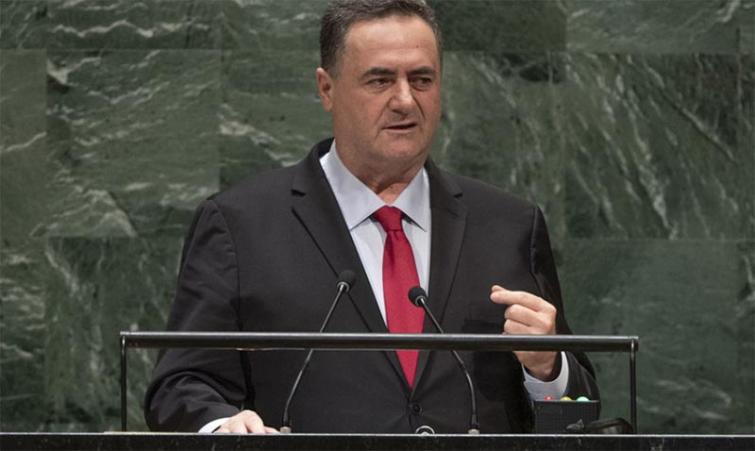 New York: The international community must join together to prevent Iran from developing nuclear weapons, the Foreign Minister of Israel told the UN General Assembly on Thursday evening.

Israel Katz called Iran the biggest threat to stability and security in the Middle East and “the biggest sponsor of terror” on the planet.

“Iran uses its proxy terror organizations – Hezbollah in Lebanon, Hamas and the Palestinian Islamic Jihad in Gaza, the Houthis in Yemen, and Shiite militias in Syria and Iraq – against Israel and also against other States in the Middle East,” he said.

Katz described Israel as a “real democracy” for all citizens, both Jewish and non-Jewish, which wants peace with all its neighbours.

“We call on the Palestinian Authority to stop incitement, to stop encouraging and financing terrorism. And to recognize the right of the Jewish people to its own state,” he said.

“We call on the Palestinians to come back to direct negotiations without any pre-conditions.”

Katz believes there are opportunities for Middle Eastern countries to cooperate to benefit their economies.

Israel, he said, has a “clear policy” to advance ties and normalization with the Gulf States.

“We have no conflict with the Gulf States, and we have common interests in the field of security against the Iranian threat as well as in developing many joint civilian initiatives,’ he stated.

Katz also thanked United States President Donald Trump for recognizing Jerusalem as the capital of Israel, and to relocate the US Embassy there.

Photo caption and credit: UN Photo/Cia Pak Israel Katz, Minister for Foreign Affairs and Minister for Intelligence of the State of Israel, addresses the general debate of the 74th session of the General Assembly.