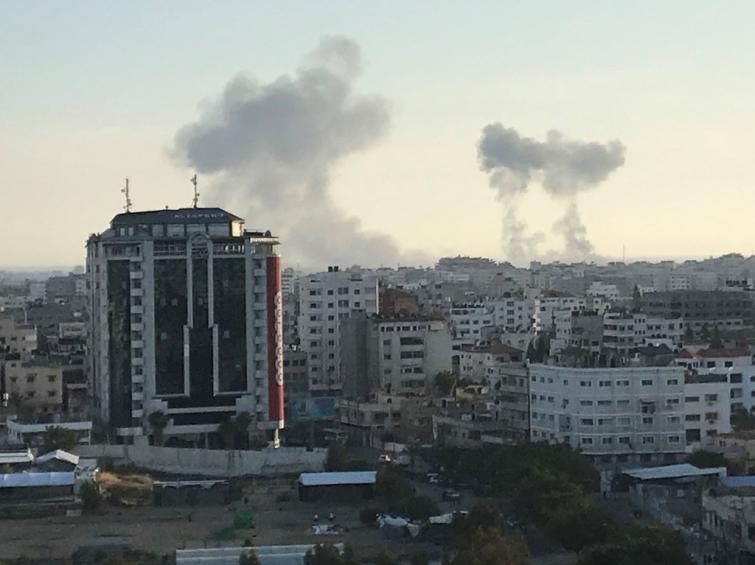 Jerusalem, Sep 10 (Xinhua/UNI) The Israeli army confirmed on Tuesday that one of its military drones had fallen over the Gaza Strip earlier in the morning.

The immediate circumstances of the crash were not clear.

An Israeli military spokeswoman told Xinhua that the military was investigating the incident.

Palestinian media reported that a Hamas force near the fence separating between Israel and Gaza shot down the drone and captured it.

On Monday, an Israeli army drone crashed over southern Lebanon during a surveillance mission. Israel said the drone had fallen due to a malfunction, but the Iran-backed Lebanese armed group of Hezbollah said the aircraft was intercepted by its activists.