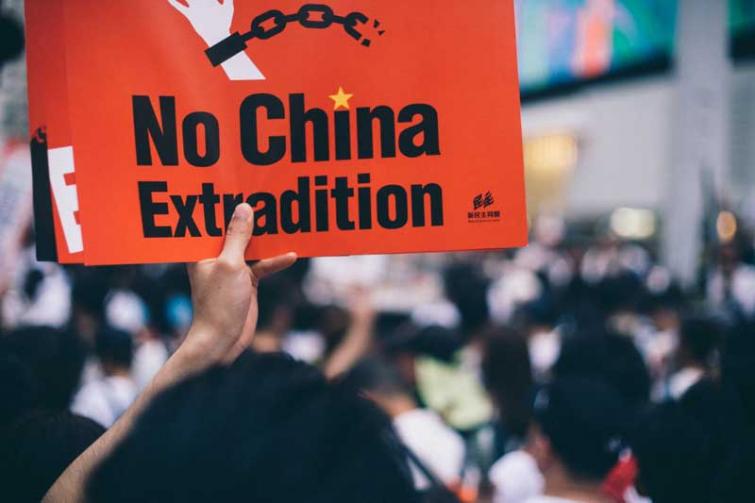 According to media reports, despite heavy rainfall, more than 1,000 secondary students joined a rally in the heart of the city.

"I can skip homework for today, but if I lose Hong Kong what's left for me?" Pearl Wong, 16, who arrived with four other classmates after a half-day of lessons, was quoted as saying by Aljazeera.

"That's why it's important for me to come out to voice my support for democracy," Wong said.

The students were seen wearing surgical masks to prevent themselves from getting identified, reports said.

On the stage, a black banner in Chinese summed up their rallying cry: 'Without a future, why bother go to school?', reported Aljazeera.

"Hong Kong is still free, but if I don't stand up for my freedoms now I might regret it someday," Thomas Tsang, 15, was quoted as saying by the news channel. "Then it'd be too late."

BBC reported that organisers are saying that 10,000 pupils from 200 secondary schools did not turn up for the first day for the new school year.

Hong Kong is now entering the 14 successive weeks of demonstration.