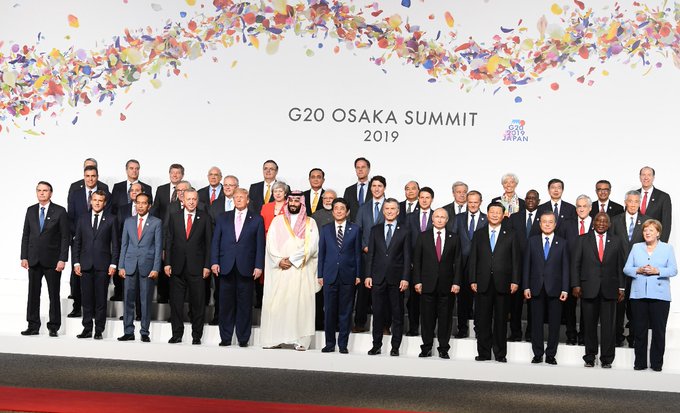 Osaka, June 28 (Sputnik/UNI) Leaders of the Group of Twenty (G20) posed in front of cameras for a family photo during a welcoming ceremony of the G20 summit in Japan's second largest city of Osaka on Friday.

Before the group photo was taken, Japanese Prime Minister Shinzo Abe welcomed each guest separately, shaking hands and taking pictures with each of them.


Yet, Abe had to wait for more than 15 minutes for Russian President Vladimir Putin, who was late to the greeting ceremony due to his bilateral meeting with his South African counterpart, Cyril Ramaphosa.


Japan is hosting the meeting on Friday and Saturday for the first time since the G20 inaugural meeting convened in Berlin 20 years ago in response to the series of financial crises that hit emerging markets back in the late 1990s.