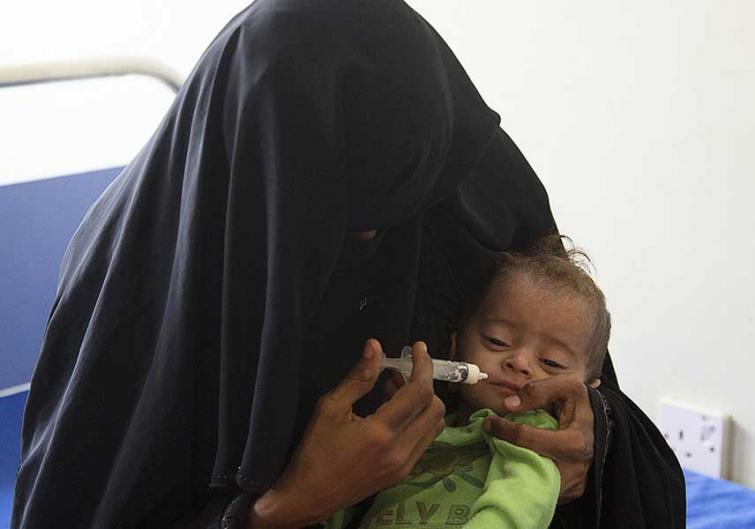 New York, May 9 (IBNS): Hunger continues to rise as conflicts and protracted crises have worsened in the Near East and North Africa region (NENA), which is likely to affect food security for years to come, warned the UN Food and Agriculture Organization (FAO) on Wednesday.

“Conflicts and civil instability have long-lasting impacts on the food and nutrition security of both affected and surrounding countries in the regions”, Abdessalam Ould Ahmed, Assistant Director-General and NENA Representative of the (FAO) said, noting that more than two-thirds of hungry people there live in conflict-affected countries, threatening efforts to achieve the 2030 Agenda for Sustainable Development, including the key goal of Zero Hunger.

FAO’s Regional Overview of Food Security and Nutrition in the Near East and North Africa underscores that since 2011, 52 million people across the region now suffer from chronic undernourishment – with stunting, wasting and undernutrition amplified by fighting.

“The impact of conflict has been disrupting food and livestock production in some countries and consequently affecting the availability of food across the region”, Ould Ahmed said.

The report shows that not only do conflicts undermine the region’s Zero Hunger efforts, but also rural development.

“Countries that are not in conflict and have gone furthest in transforming rural areas in a sustainable way including through better management of water resources, have achieved better food security and nutrition outcomes than those in conflict or with lower levels of rural transformation”, Mr. Ould Ahmed observed, noting that more efforts are needed to boost rural employment, stimulate economic growth, reduce urban-rural gaps and improve agricultural productivity and rural infrastructure and services.

Of the 52 million hungry people in the Near East and North Africa:

The report also highlights that unemployment in NENA, particularly for young people and women, is a significant regional challenge and that while rural areas accommodate some 40 per cent of the population, the average agriculture wage is generally far lower than those outside the sector. This factors into why rural poverty is about twice as high as that in urban areas.

Highlighting the region’s potential to produce products that require less water and more labour, Ould Ahmed concluded: “There is a great need to encourage our region’s farmers to produce according to the comparative advantage of the region”.