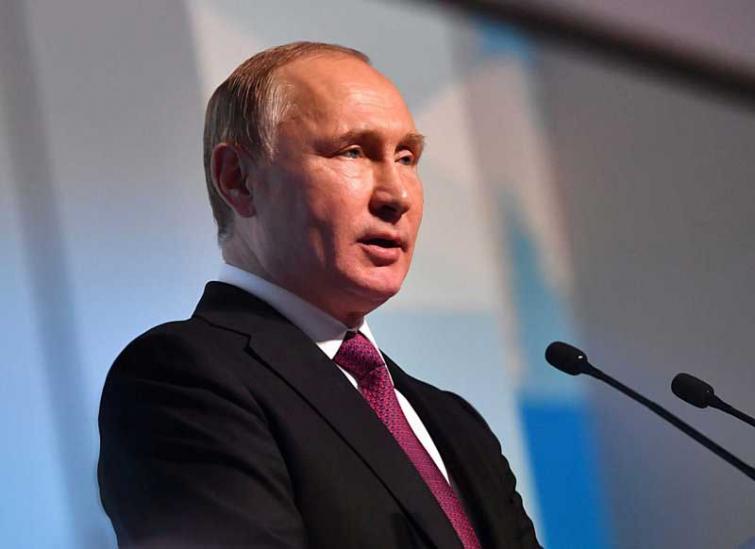 Beijing, Apr 27 (Sputnik/UNI) Russian President Vladimir Putin said on Saturday that he informed the Beijing forum participants about the results of his landmark summit with North Korean leader Kim Jong Un in Russia's Vladivostok, as well as about the Russian vision on resolving the conflict in Ukraine.

“Today I met many colleagues from European countries. Of course, I informed them about our vision of the development of the situation in Ukraine, the further implementation of the Minsk agreements; [I also] informed my colleagues about the results of the meeting with the North Korean leader," Putin said, speaking at a press conference in the Chinese capital.

The meeting between the Russian and North Korean leaders was not only their first summit and Kim's first visit to Russia since coming to power in 2011 but also his first overseas trip since his re-election as the chairman of the State Affairs Commission earlier in April. Putin has said he is satisfied with how the meeting went, without revealing further details on the event.