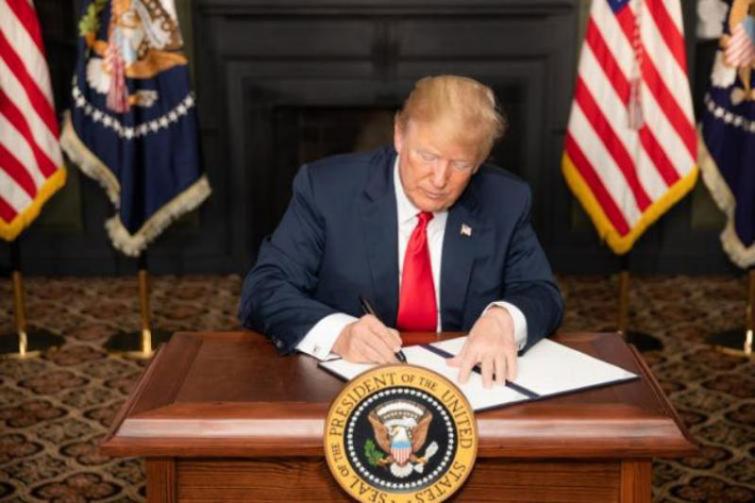 Moscow, Mar 27 (Sputnik/UNI) US President Donald Trump may have signaled his lack of knowledge about NATO's founding document when suggesting that Brazil could be a part of the alliance, Russian Deputy Foreign Minister Alexander Grushko said on Wednesday, adding that such statements do nothing to diffuse existing tensions.

During a meeting with his Brazilian counterpart, Jair Bolsonaro, at the White House earlier in March, Trump said that he was considering Brazil's membership in NATO.

"You cannot deny NATO members' ambitions: President Trump recently proposed expanding the alliance's zone of responsibility to South America, allowing the possibility of BRICS member Brazil to join. However, it’s not very clear whether he read Article 10 of the Washington Treaty, which says who can become a member of the alliance ... Of course, such statements do not contribute to a detente," Grushko said at the "OSCE: prospects for European and Eurasian security and cooperation" conference at the Diplomatic Academy of the Russian Foreign Ministry.

Article 10 of The North Atlantic Treaty, signed in Washington in April 1949, stipulates that the alliance's members may only invite European states to accede to the treaty.