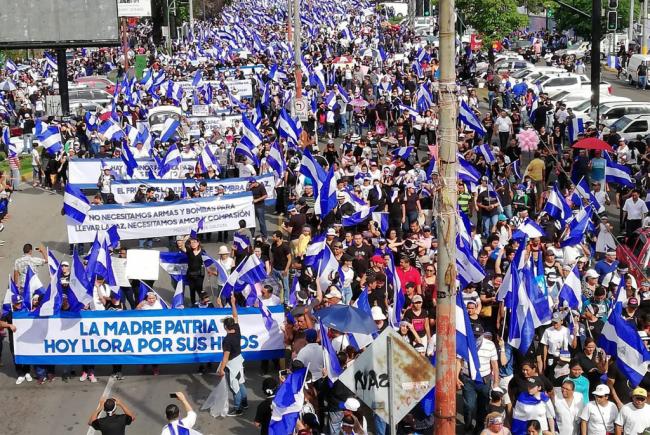 New York, Nov 24 (IBNS): Nicaragua must respect the rights to free opinion and expression and to peaceful assembly, the United Nations human rights wing said on Friday, amid reports that authorities are continuing to criminalize legitimate actions of social leaders and others associated with protests that erupted in the country earlier this year.

Liz Throssell, a spokesperson for the Office of the UN High Commissioner for Human Rights (OHCHR), said that while the number of demonstrations in Nicaragua has “declined dramatically” in recent months, the situation is “far from being a sign of returning normality.”

“We fear that that the authorities’ actions have deterred people from engaging in demonstrations, severely restricting the exercise of the right to peaceful protest,” she told the media at a regular news briefing at the United Nations Office at Geneva (UNOG).

According to Government figures, some 273 people are being held in connection with the protests as of 5 November, but civil society reports suggest those detained number at least 586.

OHCHR has also received reports that fair trial rights are being violated in the criminal trials of peasant and student leaders and other people involved in the protests, said Throssell, noting that the Office continues to monitor the country’s rights situation remotely and is publishing monthly reports on the situation.

In May, OHCHR requested Nicaraguan authorities to grant it “immediate access” to the country so that it can, in line with its mandate, gather first-hand information about what happened during the protests and promote concrete actions to prevent further human rights violations.