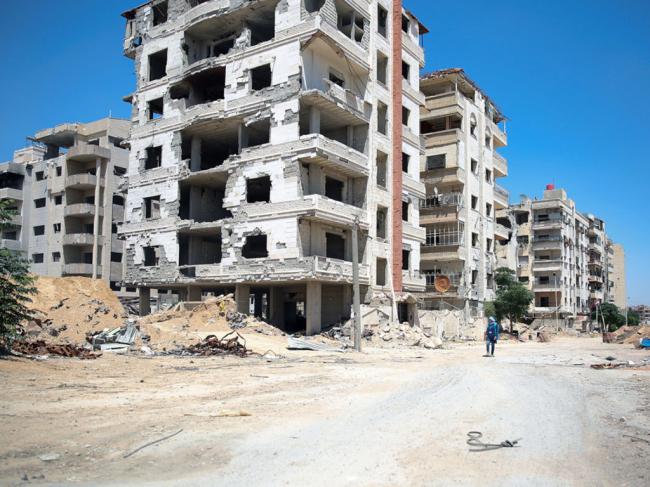 According to the World Food Programme (WFP), while Syrian food prices have fallen due to easier transportation links, erratic weather patterns have severely damaged cereal production, resulting in the lowest wheat crop in almost three decades.

“It is likely that everyone in Syria will, in some way, be affected by the abysmal wheat crop – people would either have less wheat or pay more for it,” WFP spokesperson Hervé Verhoosel told journalists at a news briefing in Geneva on Tuesday.

Between now and March next year, the UN agency needs about $136 million for Syria operations, explained Verhoosel, necessitating “reliable and predictable funding, to plan and maintain the vital lifeline of food assistance on which millions of vulnerable Syrians depend.”In response, WFP is supporting food production and income generation projects in areas that are secure and have functioning markets, as well as prioritizing longer-term recovery. However, its efforts are constrained by a severe lack of resources.

Across Syria, over 13 million people continue to depend on humanitarian assistance, of which more than 6 million are food-insecure IDPs.

There, he visited a school meals site where WFP is delivering date bars for schoolchildren, a food distribution point, and residents of Zamalka who benefit from WFPs food assistance.

“The purpose of the visit,” said Verhoosel, “is to gain a better understanding of the situation on the ground, especially given the wheat crop,” he added.

On Wednesday,  Beasely will travel to Lebanon, which is hosting nearly a million Syrian refugees, 700,000 of whom are dependent on WFP food assistance.